Immerse yourself in the real Cuba with us

Cuba, bringing you visions of beauty, music, intrigue and times of change. We bring you long term, reliable in-country relationships, and experienced local tour leaders, premium casas and a perfect mix of the bucket list dreams and the unexpected!

Blending historical influences, Cuba’s sensory world of art, music and gastronomy is mesmerising. Enjoy the pastel-hued villages, rum-scented squares and cigar plantations with a small group of like minded adventurers. Our guides will give you an insider’s view of Cuba, meeting local people and visiting local sites that the average traveller in Cuba doesn’t usually have a chance to see. 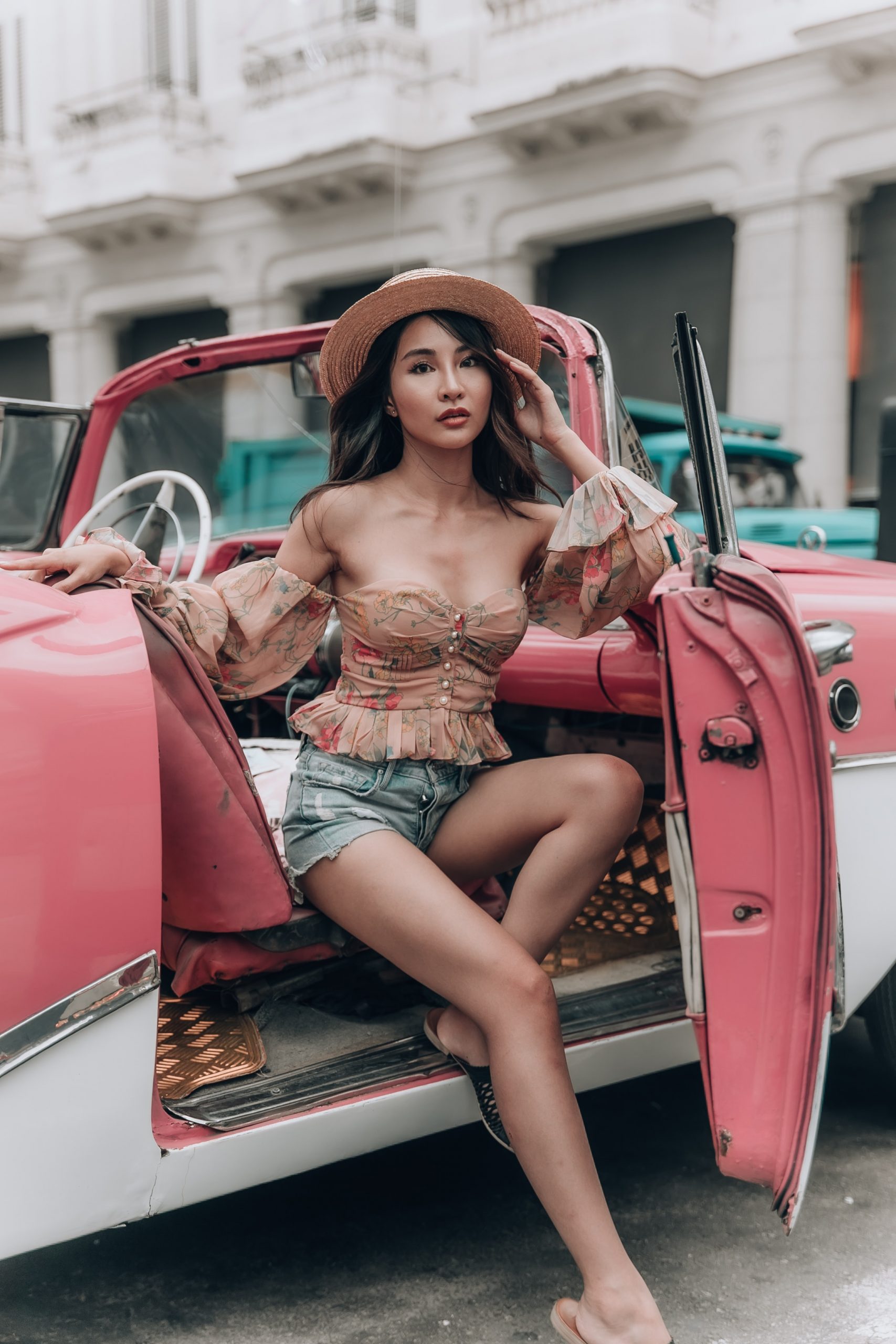 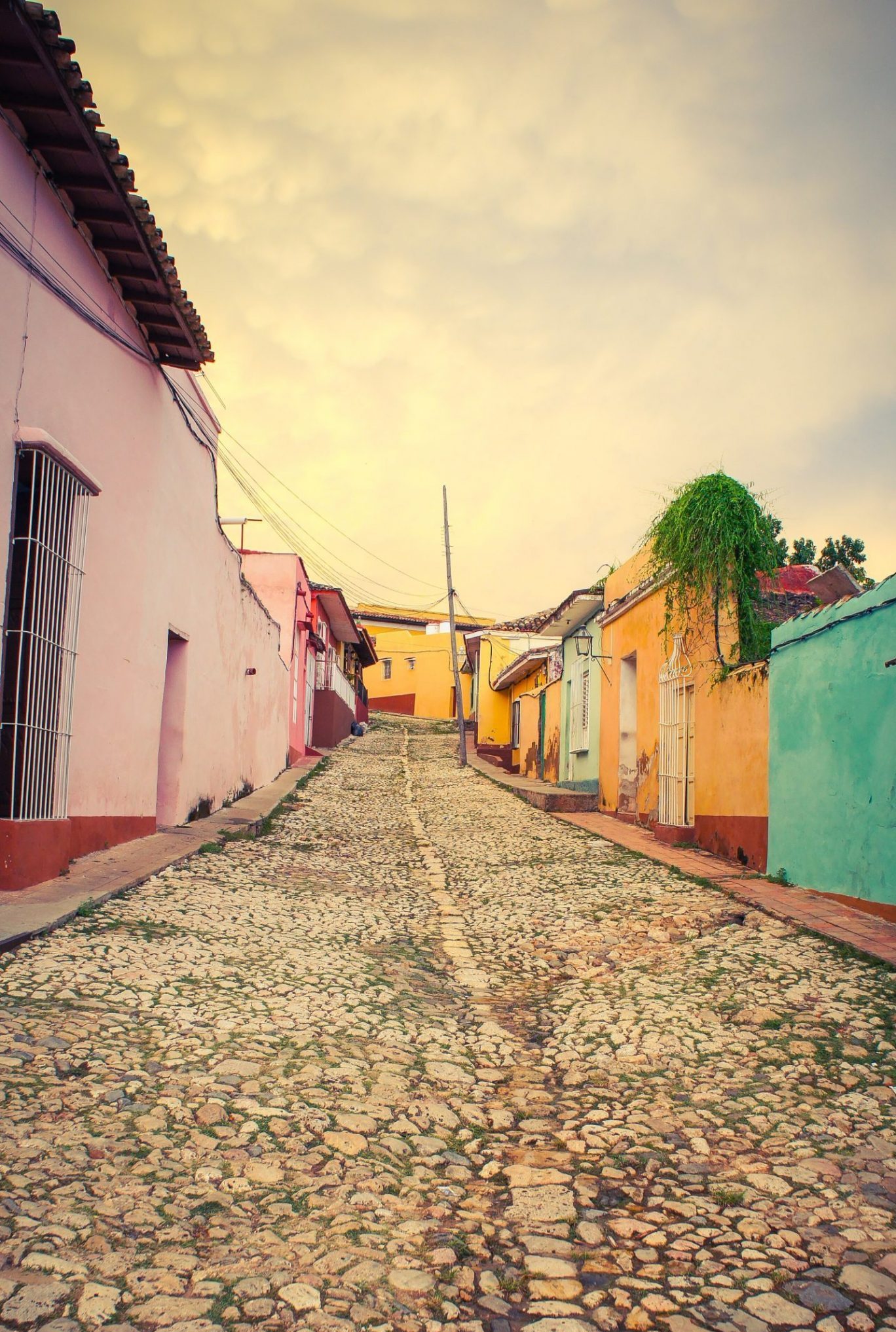 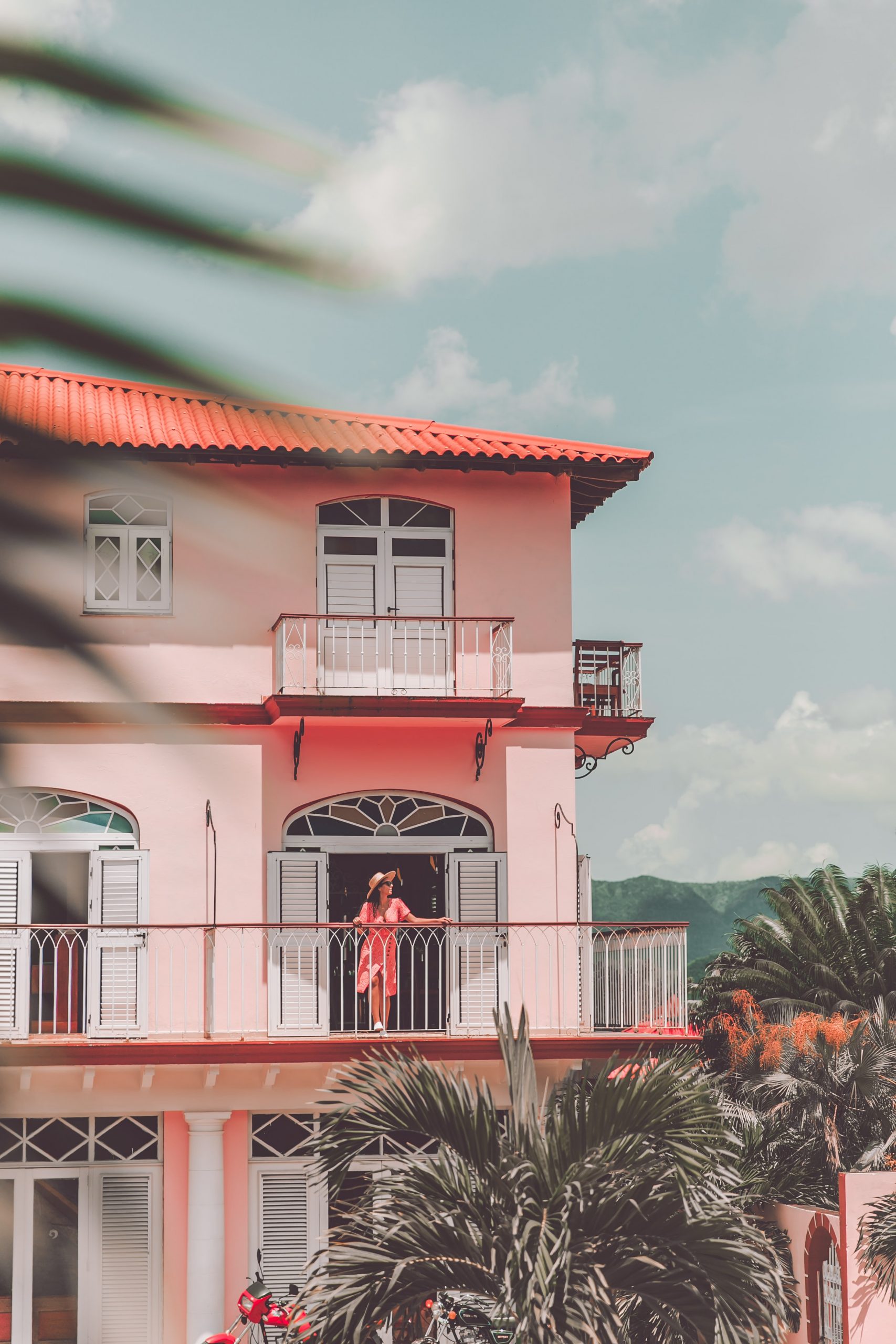 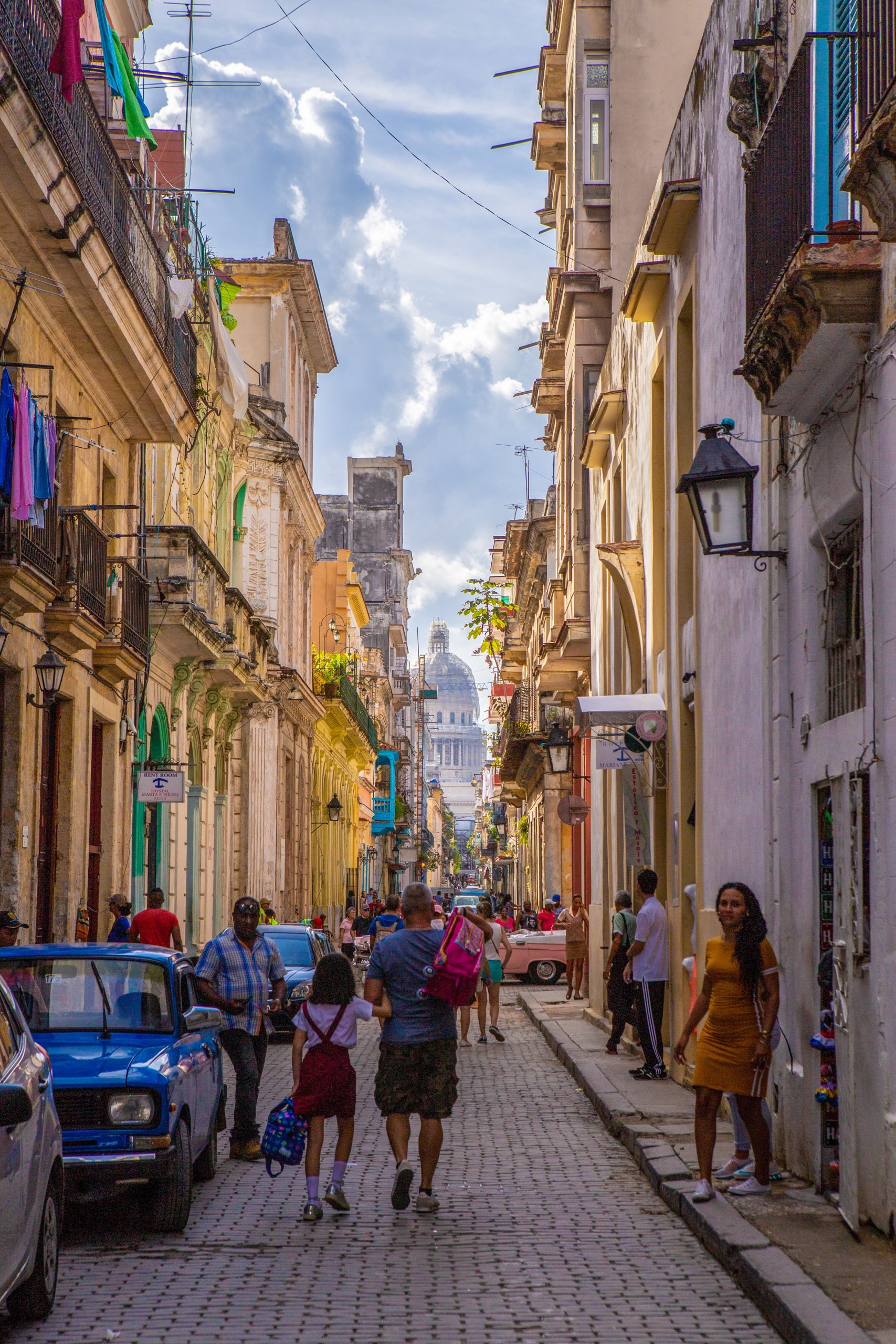 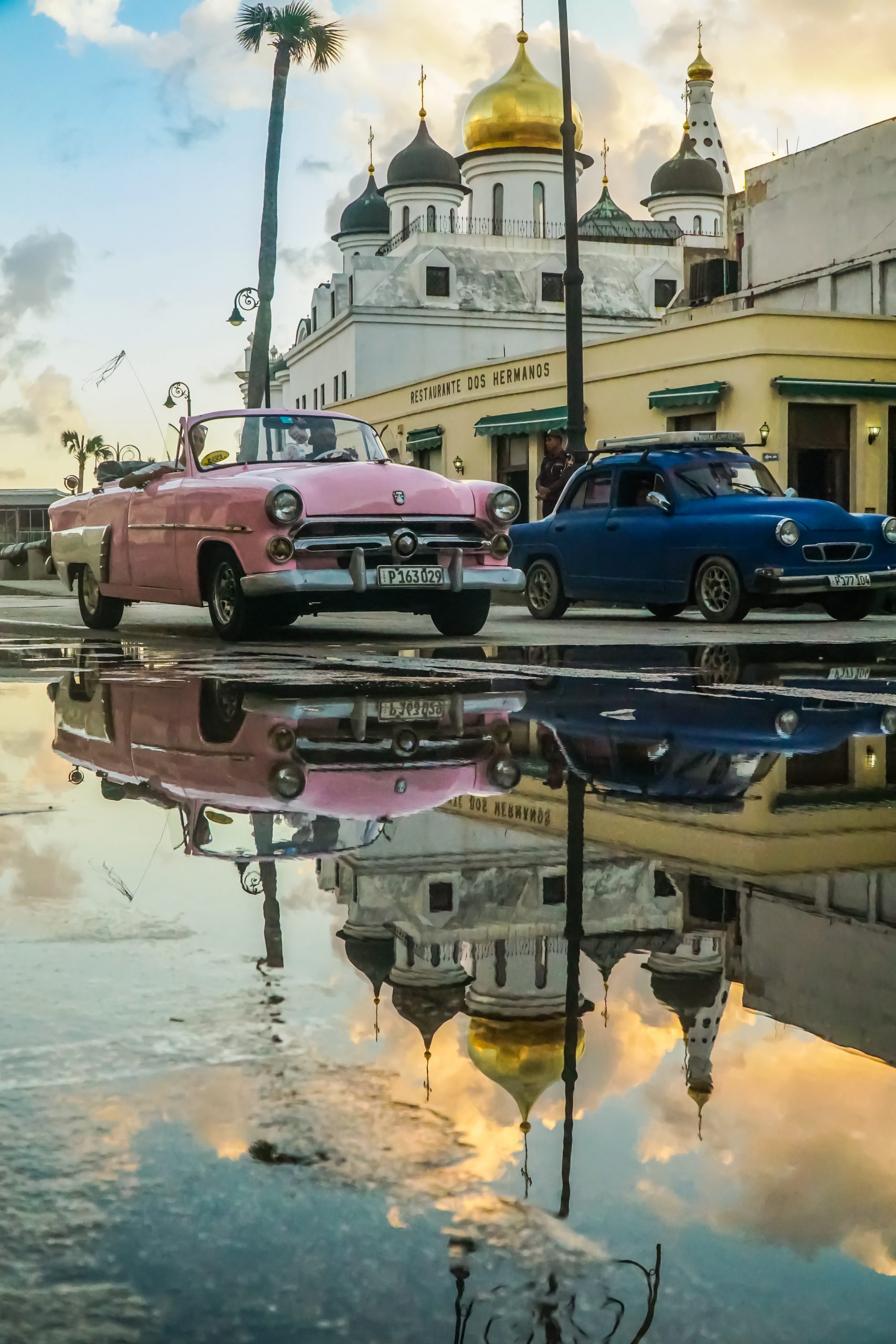 What you will love about this trip 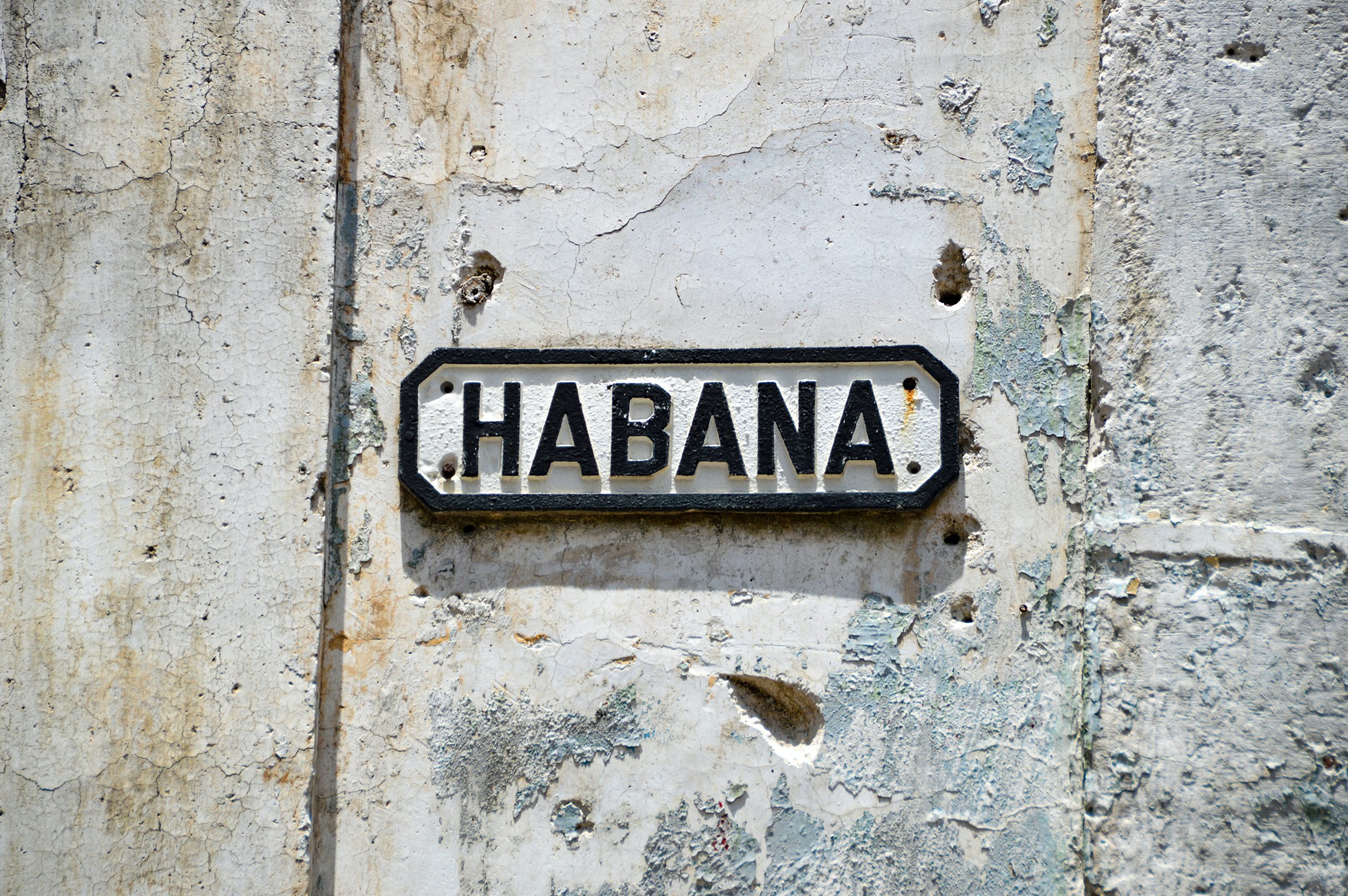 A complimentary transfer from the airport to the guesthouse is included with your trip to ease you into the life in Cuba. You can check in at any time, your casa hosts will be waiting for you. If you arrive early, enjoy your free time till your welcome meeting at 6pm. Depending on your arrival into the country and how you feel there are some options for you to discover Havana. 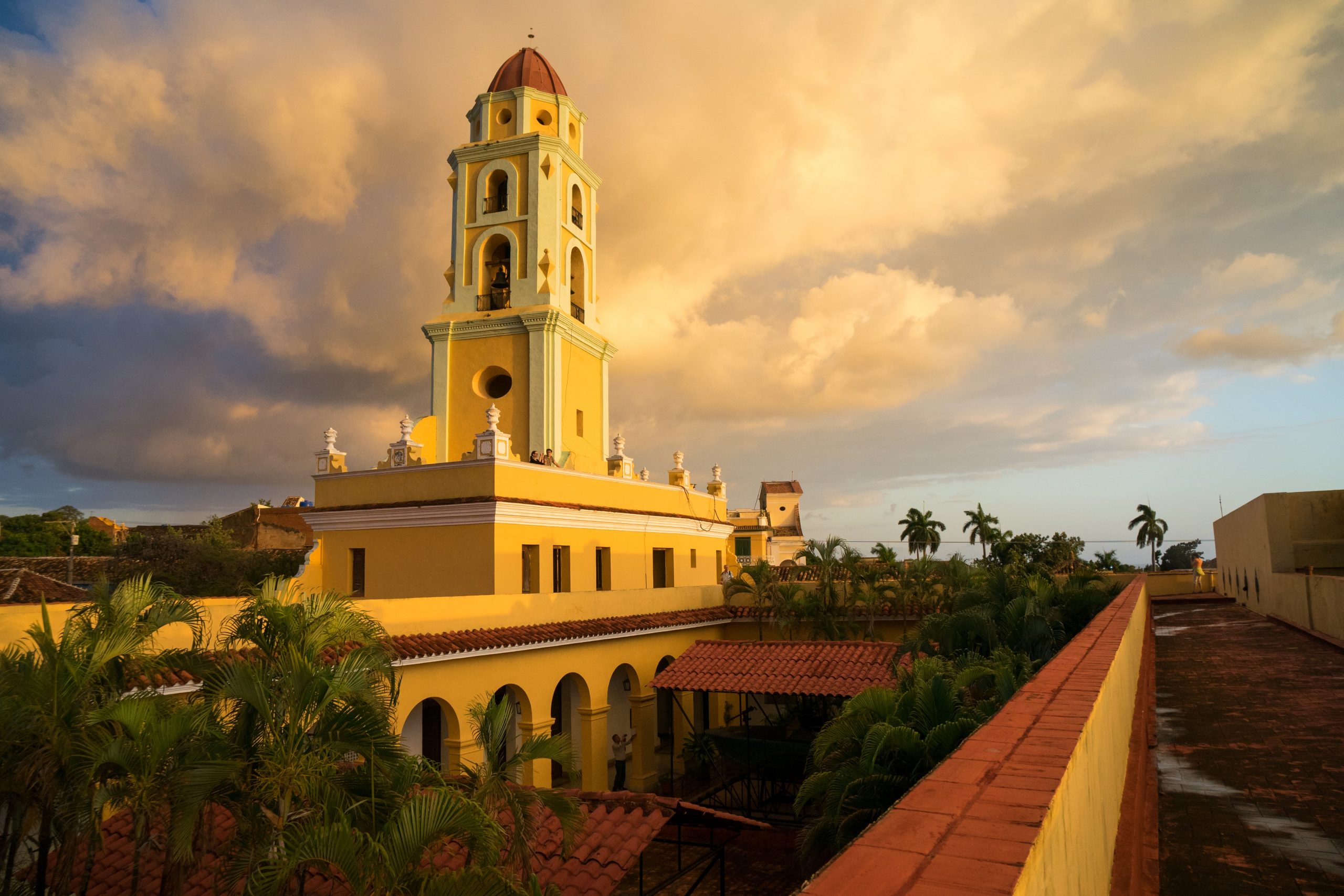 You will have free time this morning to wonder around this amazing historical town and take in the sites, capture the moments. This place is like an outdoor museum from the 1850’s, a time capsule to capture through your lens. The cobblestone streets, the views from the bell tower, the colonial buildings, all provide an amazing photographic opportunity. 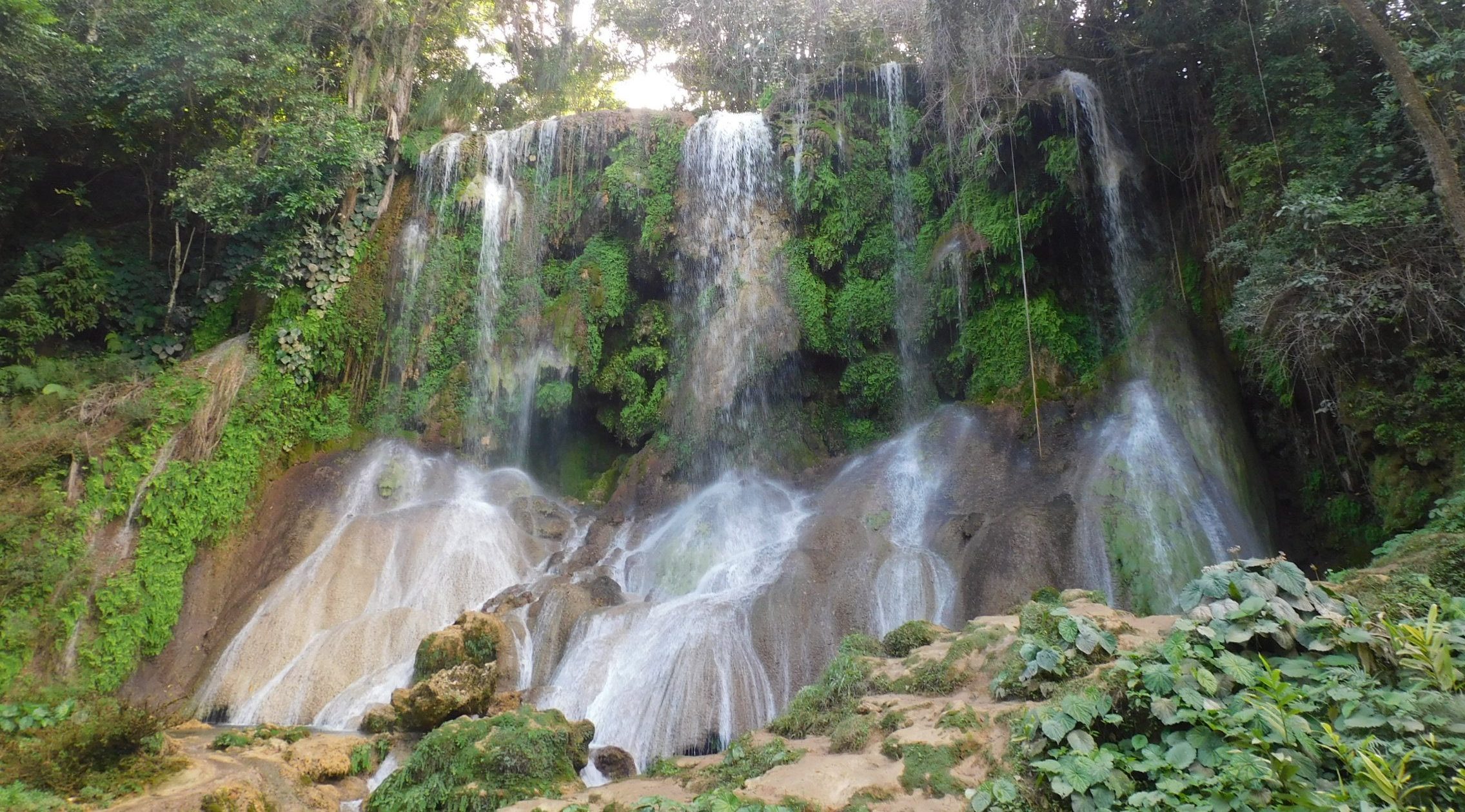 On the way to the beautiful Cienfuegos, we will stop at Topes Collantes Nature Reserve that stretches across the south eastern Escambray Mountains. Packed with rivers, waterfalls, canyons and caves, this jungle shrouded natural area is a great way to escape the heat and explore some beautiful scenery. We will visit Parque El Nicho and meander through the swaying palms to visit the waterfall, the perfect spot for a refreshing swim in the Cuban jungle. 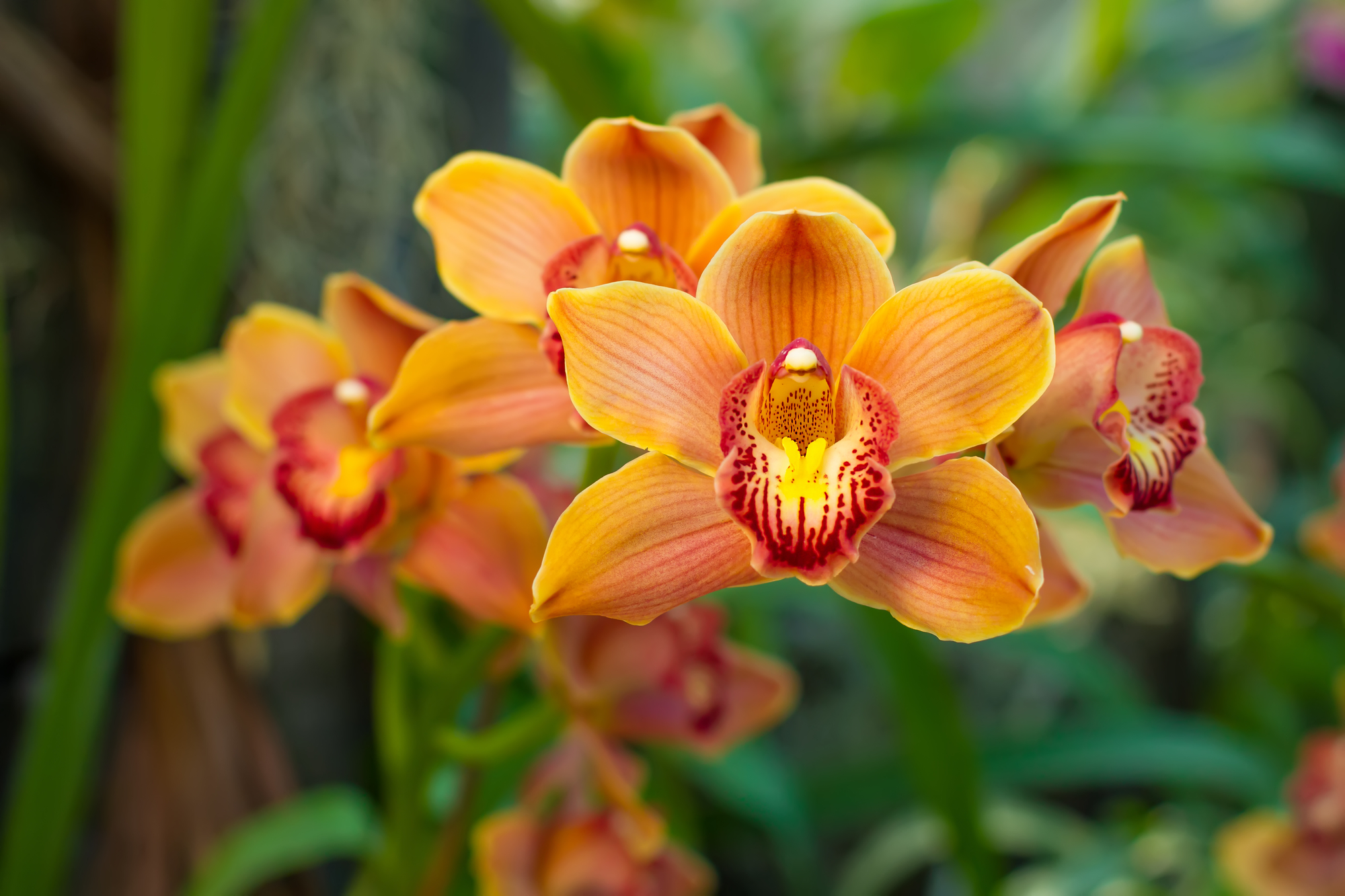 This morning we start making our way back toward Western Cuba. We will stop at Las Terrazas community and nature reserve in the Sierra del Rosario mountains. It is an eco-village built around a creek that has been a UNESCO Biosphere reserve since 1985. It is the country’s best kept secret! The goal in this village is to integrate tourism into an existing community rather than create artificial tourist experiences. It succeeds by using local farming, energy efficiency and a focus on the greater good of the community. 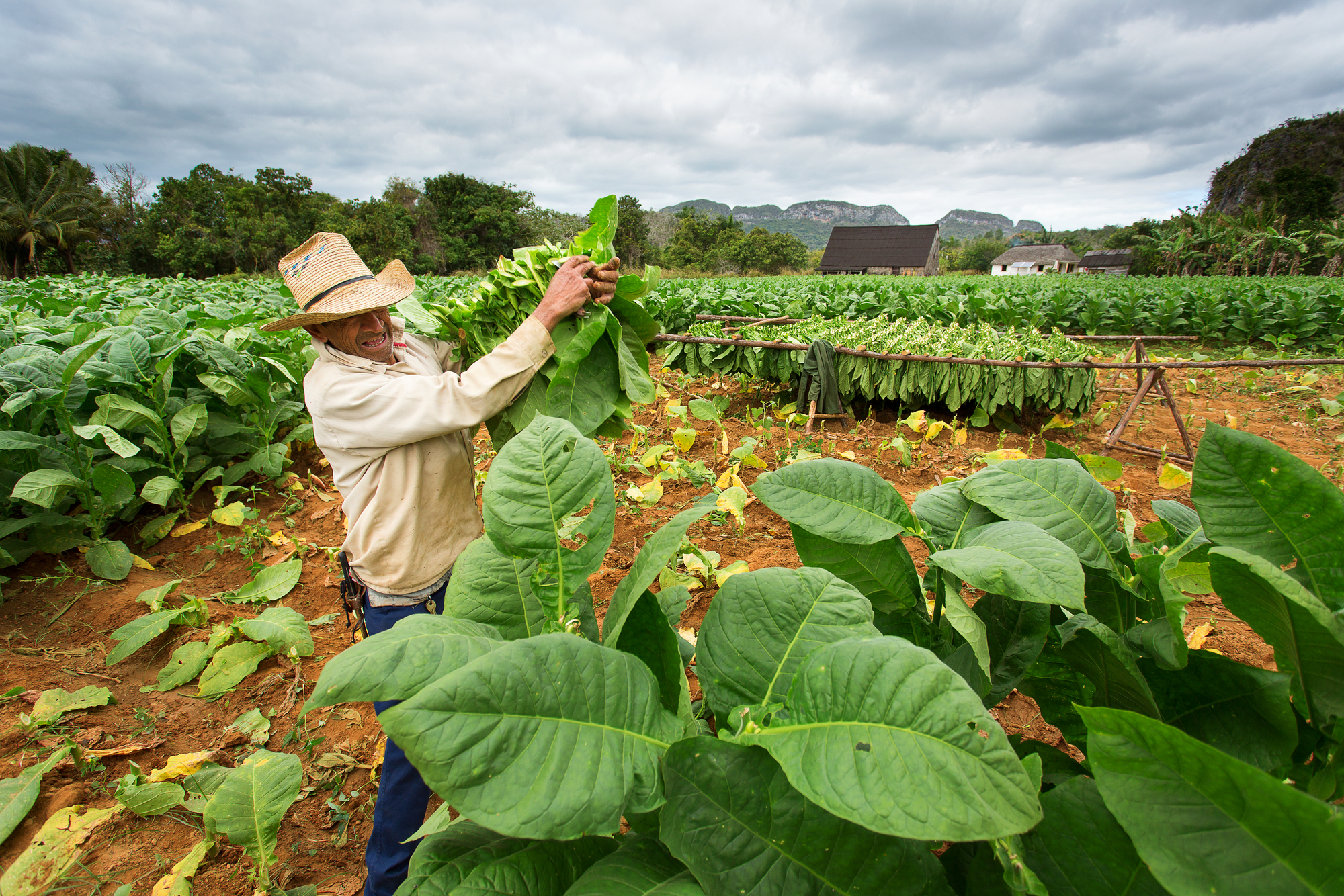 In the morning we’ll take a guided walk through this rich country side, to discover the life of Cuba’s farmers and learn the secret methods of rolling a Cuban cigar directly from those who grow it. Not only will you get to try one, you get to learn how to roll them yourself! There will be free time in the afternoon before we make our way to the Organic Farm, El Paraiso for dinner. It is a true paradise, not only does it offer a truly delicious farm-to-plate experience it also boast amazing views of the valley. It will truly excite your senses! 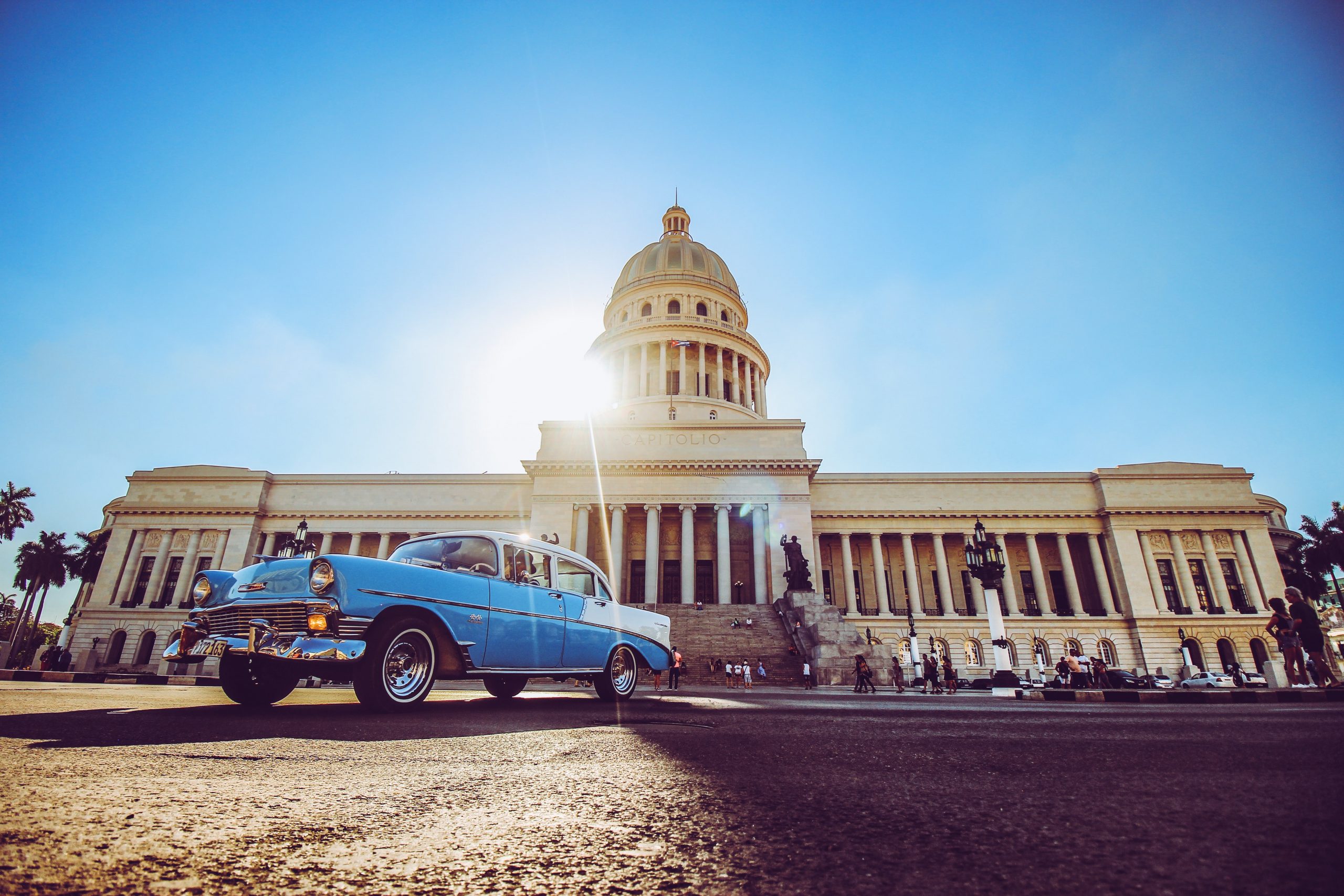 When you think of Havana, one of the first things that comes to mind is a beautiful vintage convertible car, right? Once we arrive back in Havana and settle into our casa, it is time taking a ride in Cuba’s iconic American vintage cars. Drive down the gorgeous streets Havana discovering the city’s best-kept secrets! Drive along the Malecon, follow the route of Fast and the Furious, visiting Revolucion Square and the John Lennon Park are just some of the highlights of this cruise. 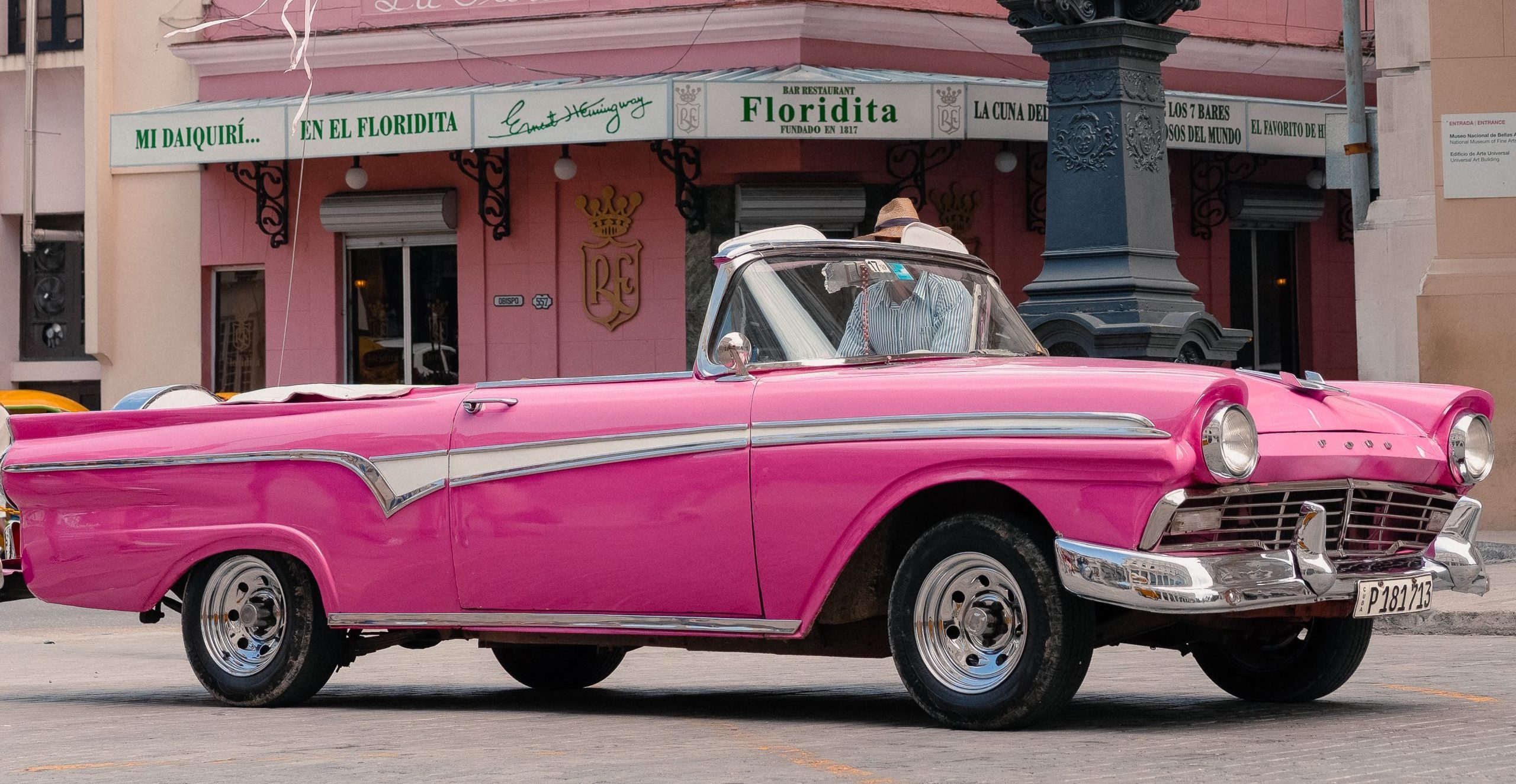 It’s time to say good bye to this amazing island. We have not planned any activity for you today. Your check-out time is 12pm. We hope you enjoyed it as much as we loved showing it to you! 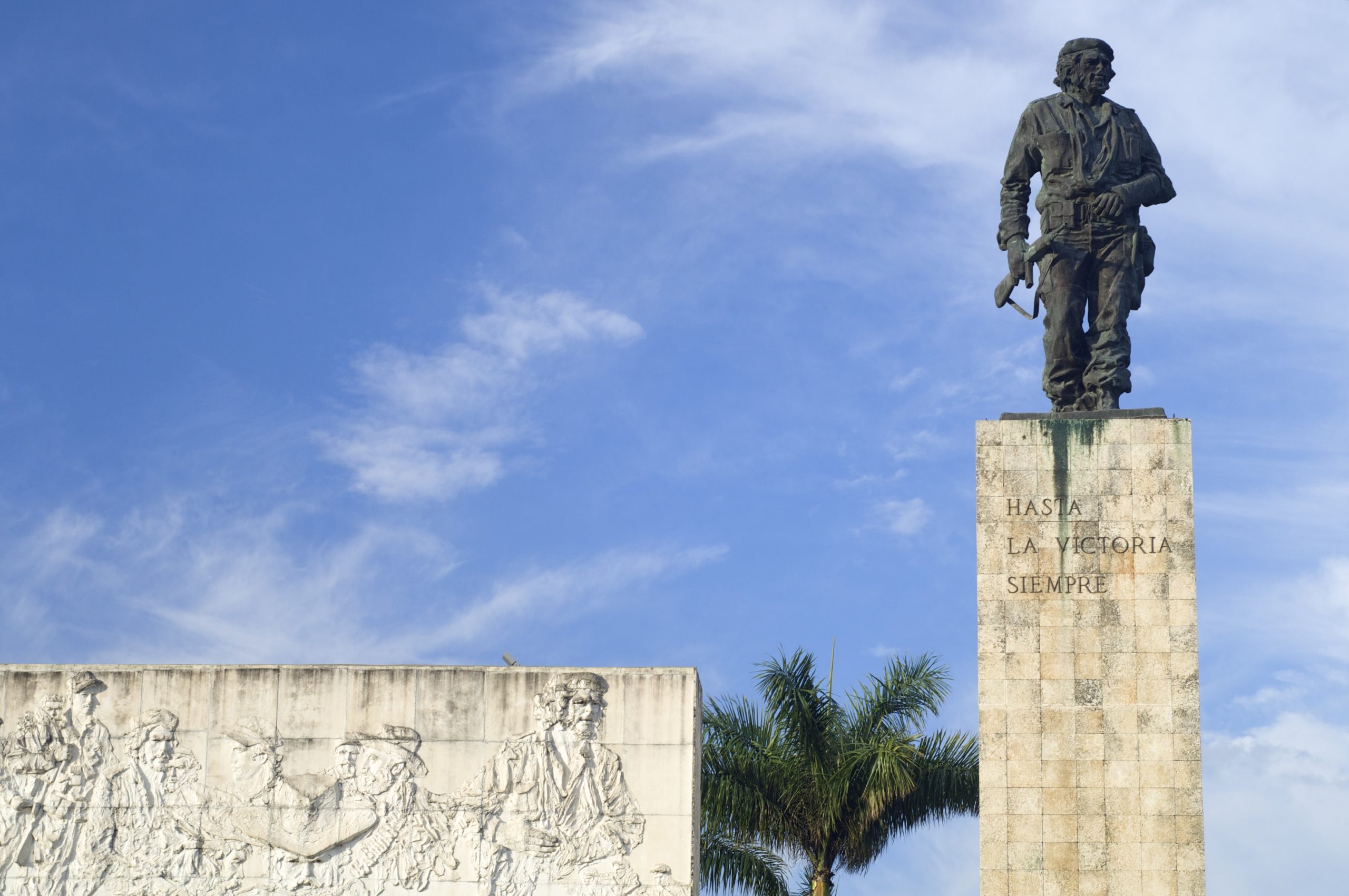 On the way through to Trinidad we will stop at Santa Clara. It is Cuba’s 5th biggest city, that holds a special place in Cuba’s revolutionary history. Famous for the Battle of Santa Clara, when it was taken over by a revolutionary battalion led by Che Guevara by the afternoon on New Years Eve 1958. It is seen as a decisive chapter in the revolution as President Batista escaped Cuba within 12 hours afterwards. As such this city is a mini pilgrimage destination for Che Guevara worshippers. 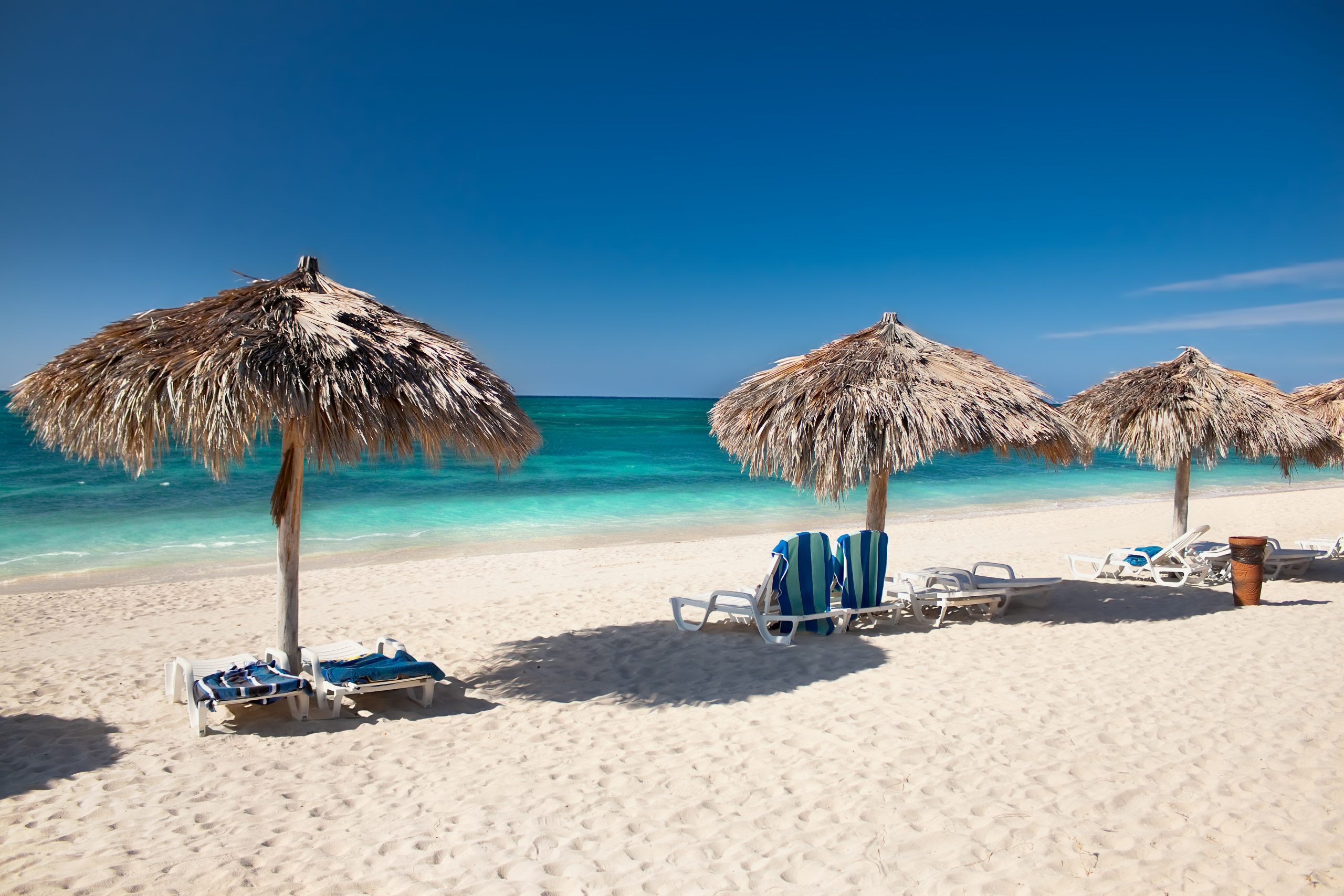 This morning we will make our way to Playa Ancon. A beautiful beach with crystal clear, calm, warm waters, white sand and a waiter to serve you cocktails only 10 minutes drive from Trinidad, makes this the perfect place to spend a day lounging by the sea, swimming, relaxing an unwinding in the Caribbean.

You can have a nice afternoon siesta before we head out to enjoy a few educational drinks as you learn about the fascinating history of Cuban Rum, all while tasting the most authentic ones. 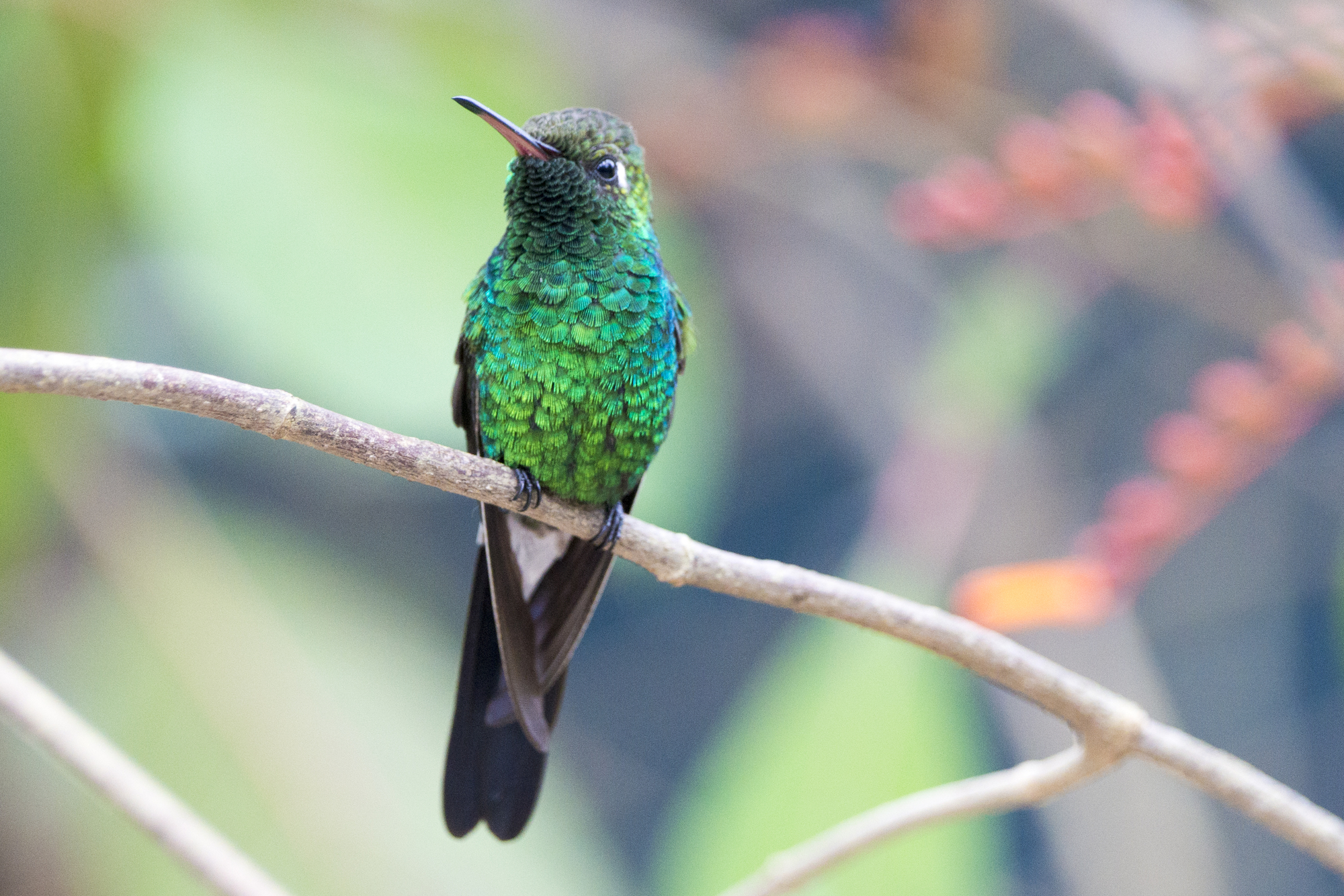 Today’s destination is Playa Larga, a small fishing village on the southern Cuban coast, is the gateway to the Cienaga de Zapata National Park. It is located at the head of the Bahía de Cochinos (Bay of Pigs). It was one of two beaches invaded by US-backed exiles on April 15, 1961 (although Playa Girón, 35km further south, saw far bigger landings). The invasion is famous because it culminated in a victory for the army and Cuban militias.

Located about halfway between Havana and Trinidad, it’s the best base for exploring the Zapata peninsula and the Ciénaga de Zapata National Park, Cuba’s largest wilderness area, a UNESCO Biosphere Reserve, with varied ecosystem of wetlands, mangrove forests, coral reefs and underwater canyons, it’s home to a massive variety of colourful birds and tropical fish. 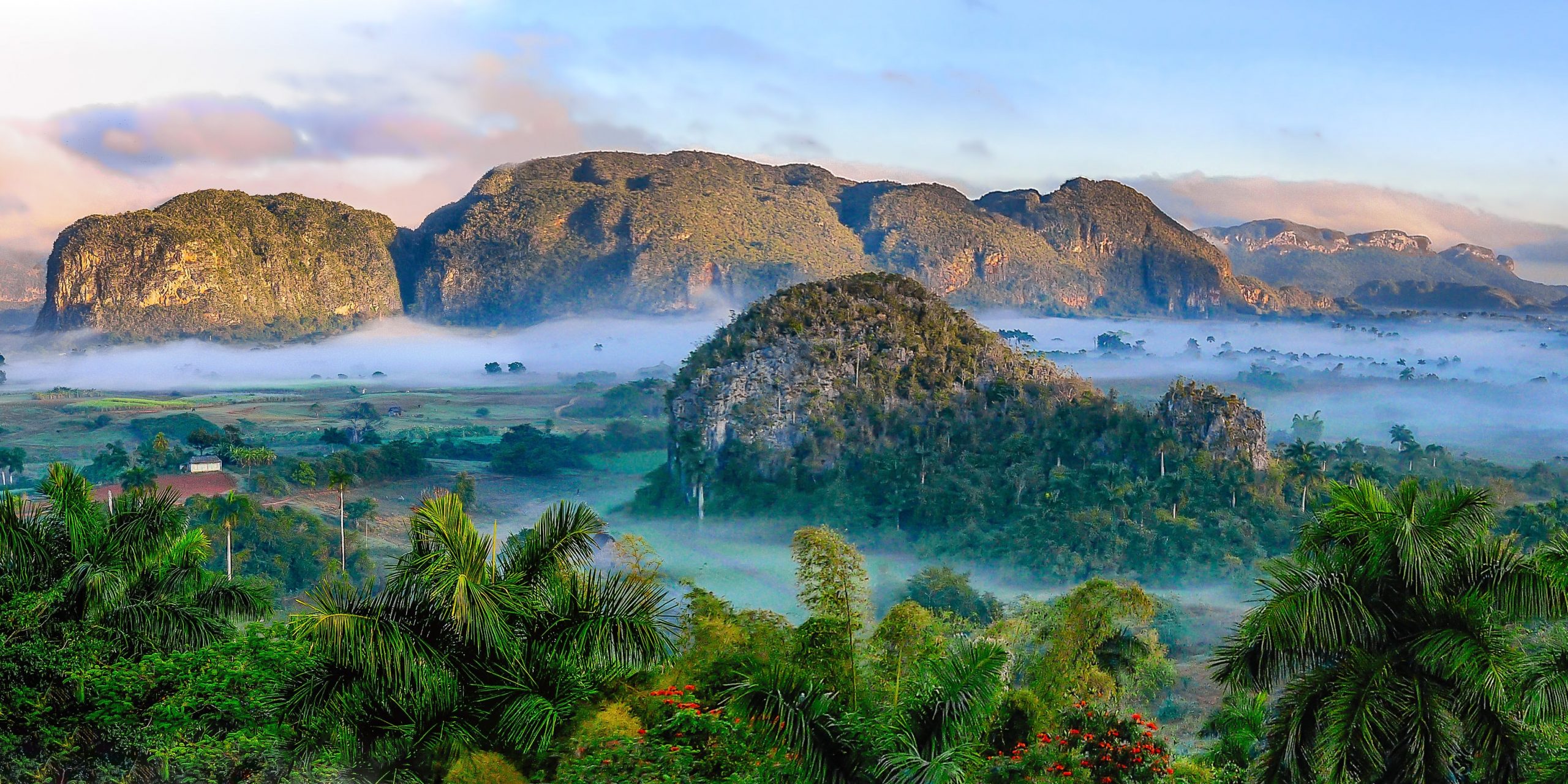 Before we make our way to Vinales we’ll have the chance to further admire Soroa, the ‘rainbow of Cuba’ as it is known, as we’ll enjoy a guided tour of the spectacular Soroa Orchid Garden, set among 7 acres of luscious green oasis of flora featuring 250 native Cuban species and amazing birdlife to match. After admiring nature at its glory we will make our way to Vinales. Beautifully rural, Vinales is endowed in mogotes, large limestone cliffs covered with flat flora and plant life and is the home of the world famous Cuban Cigars. 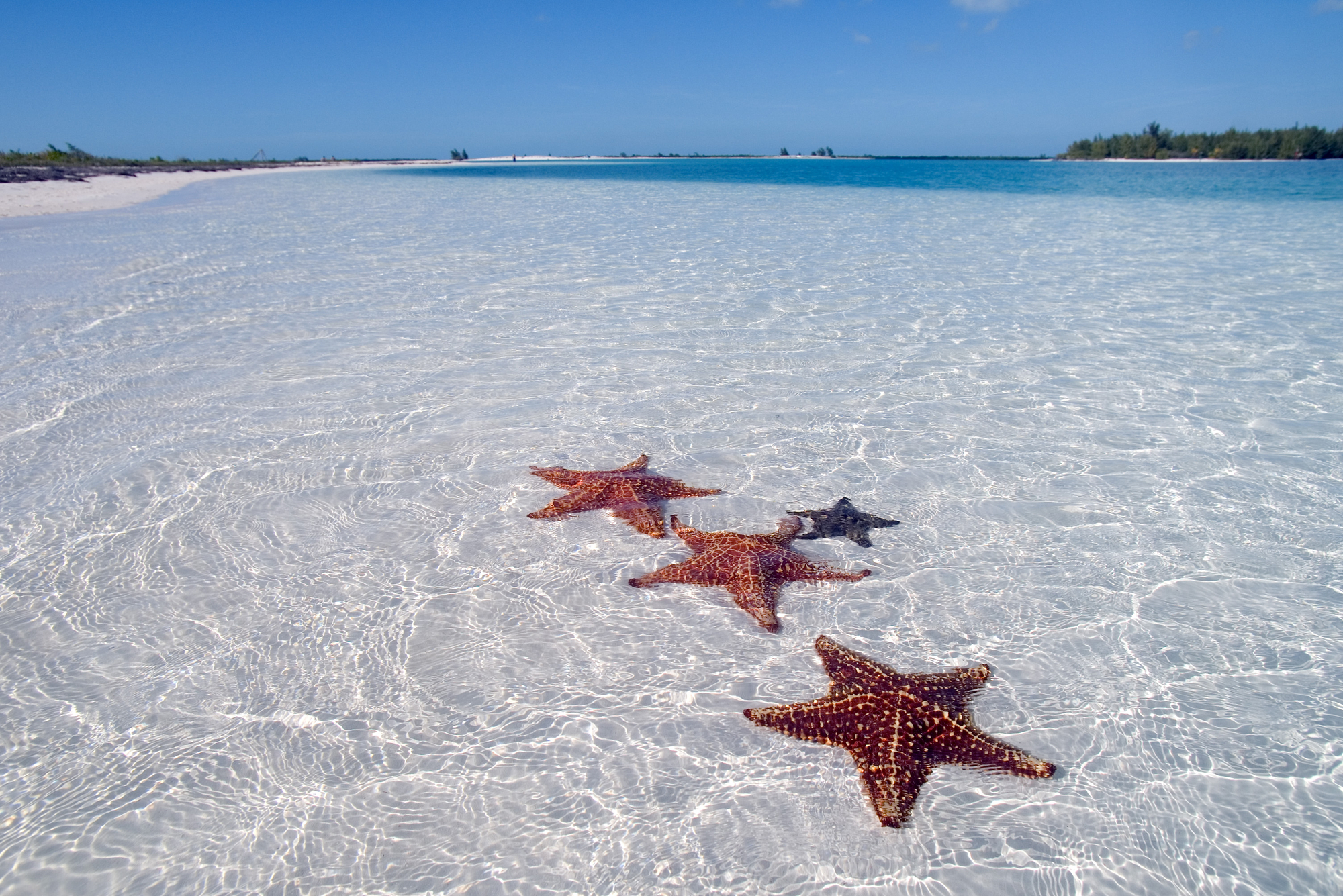 Today we will visit Cayo Jutias, approximately 65 kms from Vinales, Pinar del Río’s most discovered ‘undiscovered’ beach. It is a 3km-long white sand beach, with mangroves. It is the most picturesque and tranquil beach you have seen, attached to the mainland by a short causeway.

Look out for beautiful seastars in the area! 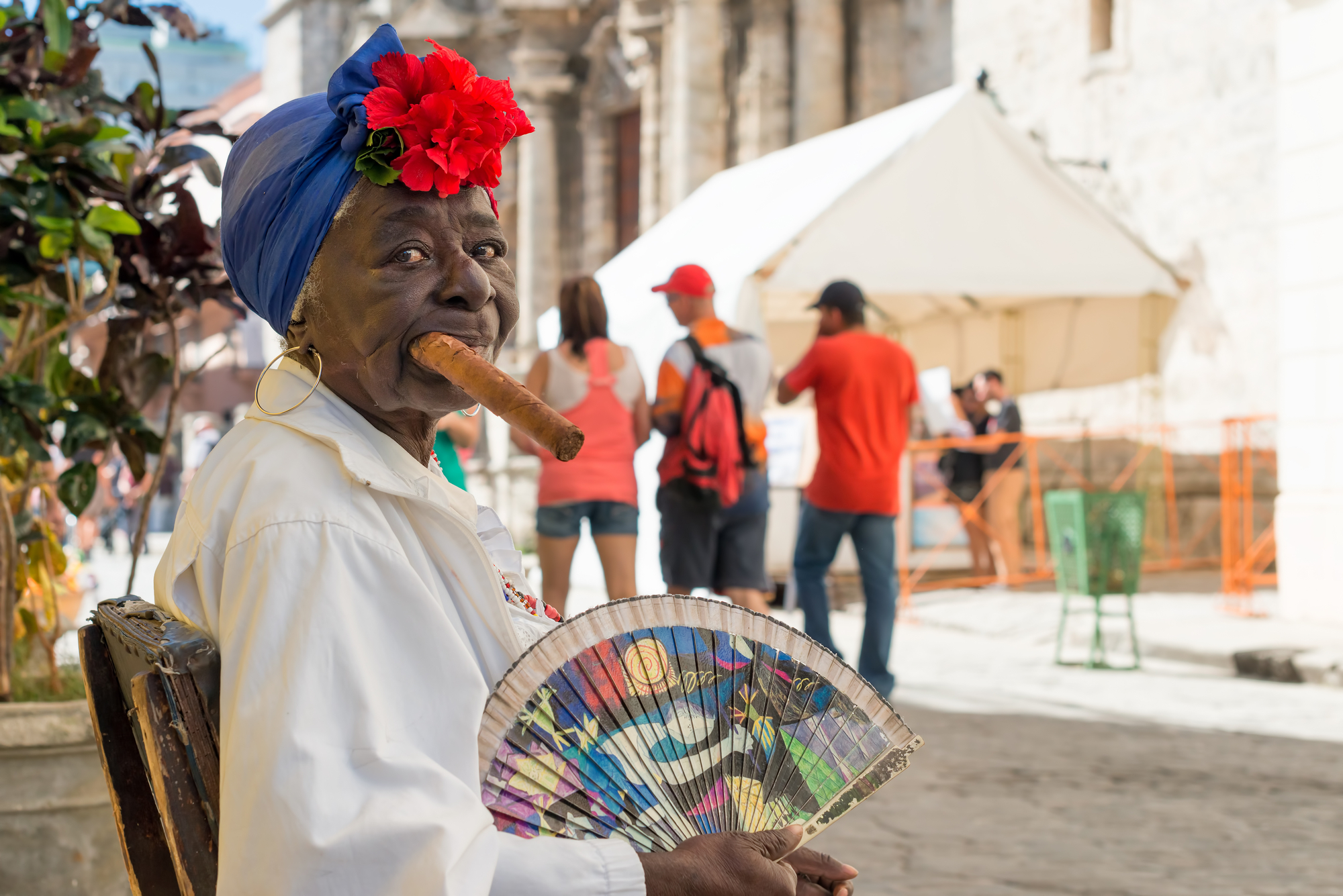 UNESCO sure do have great taste, they know a good thing when they see it. Today you’ll start the day with discovering Old Havana, a World Heritage site since 1982. See the glorious grandeur of this dynamic area, one of the Caribbean’s most impressive historical cities. Wonder through the narrow streets and spacious plazas, admiring the Spanish architecture as you discover the birth place of Havana – Plaza de armas, and other iconic sites like Plaza San Francisco de Asis, Plaza Vieja, Plaza de la catedral, and hear about the love story of Havana.

Would you like to find out more about this tour before booking?

Our trips are curated for people who want to explore and be a part of an intimate experience rather than joining an overcrowded tour or all-inclusive hotel. We think joining a handful of others is the perfect way to experience the nature, culture and the environment of Cuba.

An aspect of our journeys is to learn about the place you are visiting. Our local Cuban guides are the core of what we do and will share their knowledge throughout the trip. We offer the best guide to guest ratio available.

We believe the best way to experience Cuba, is with a small group of travelers, thus we keep our group sizes small, with only 8 participants per tour, to provide an intimate experience.

We never stay in hotels, but it doesn’t mean your comfort has to suffer! We provide hand picked premium casas all around the island. Some are even better than your average hotel… 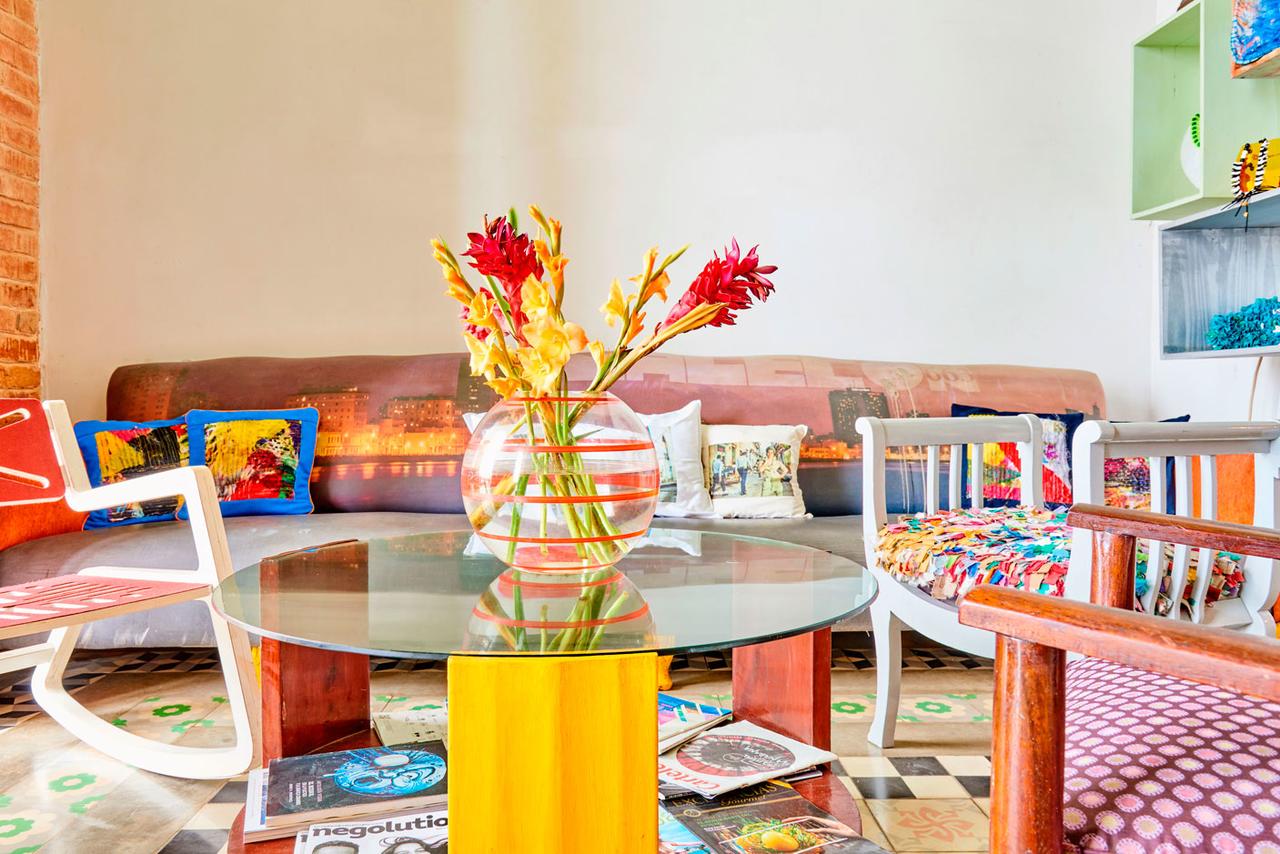 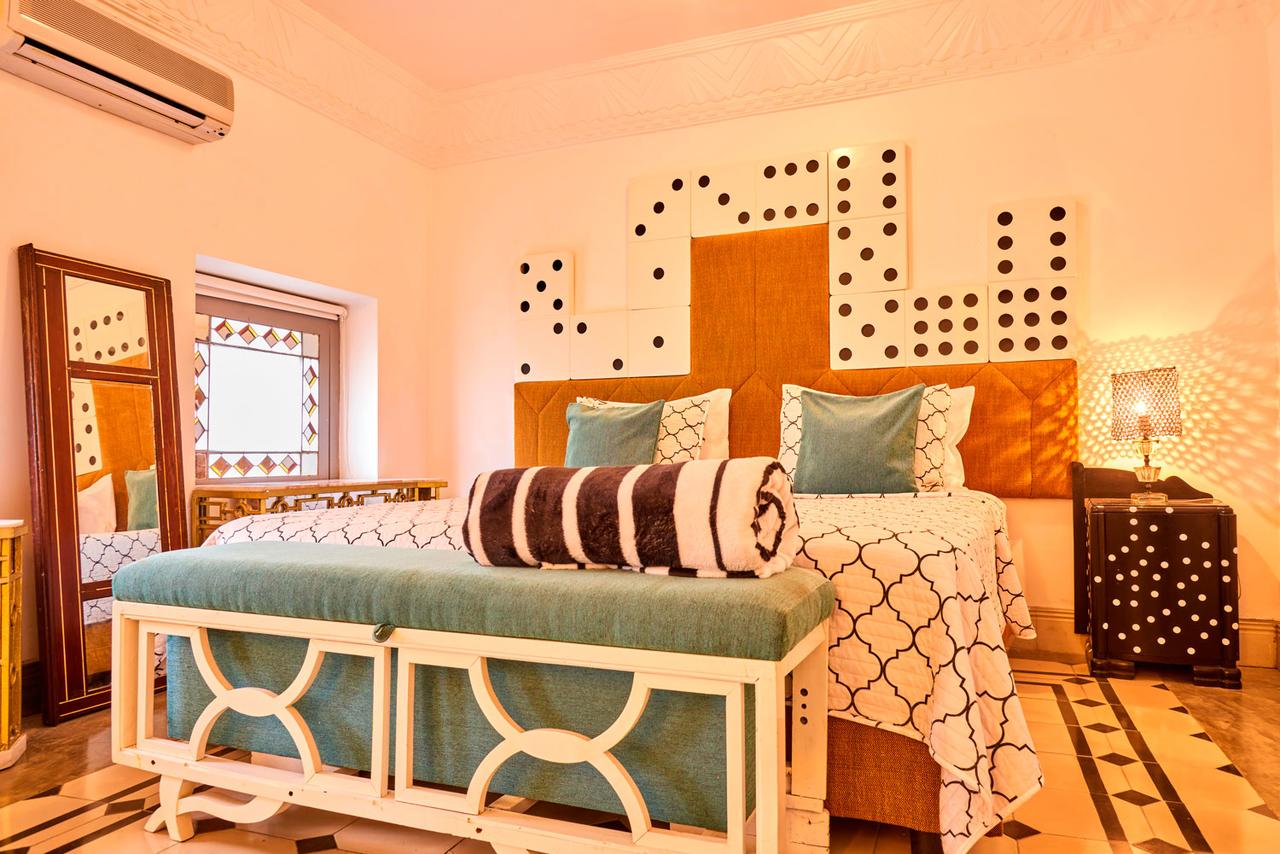 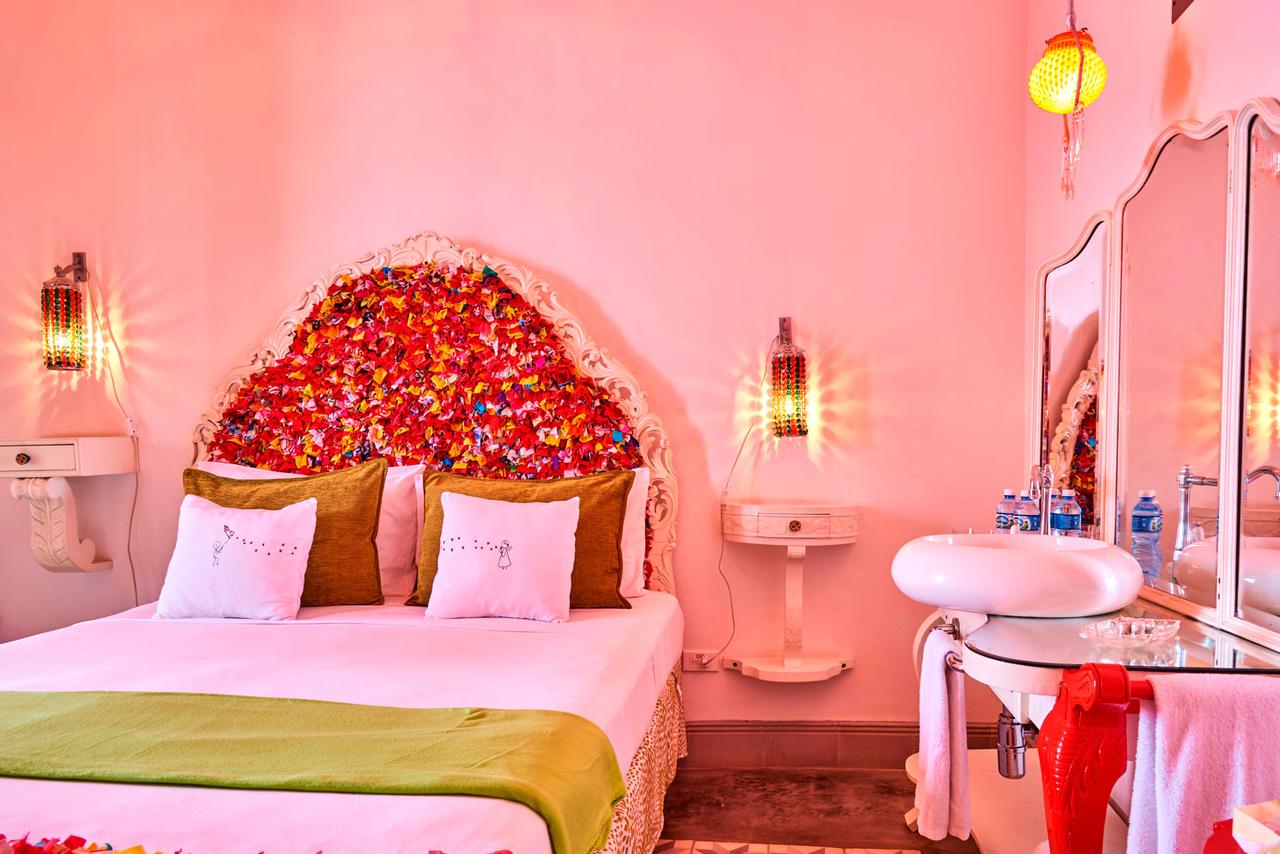 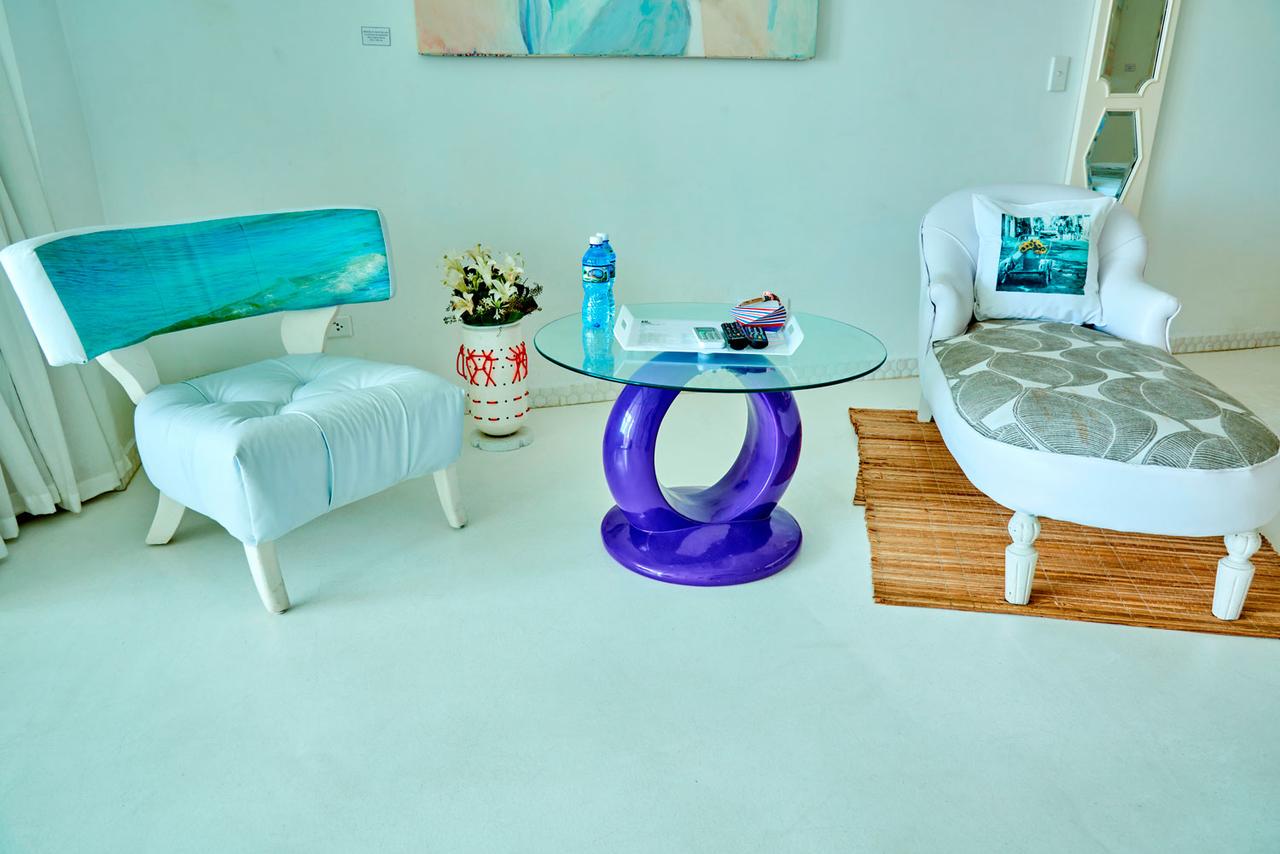 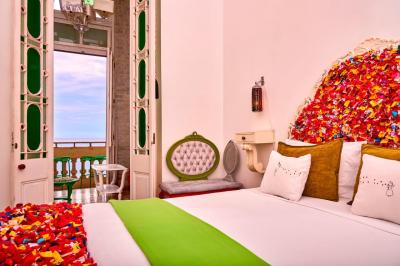 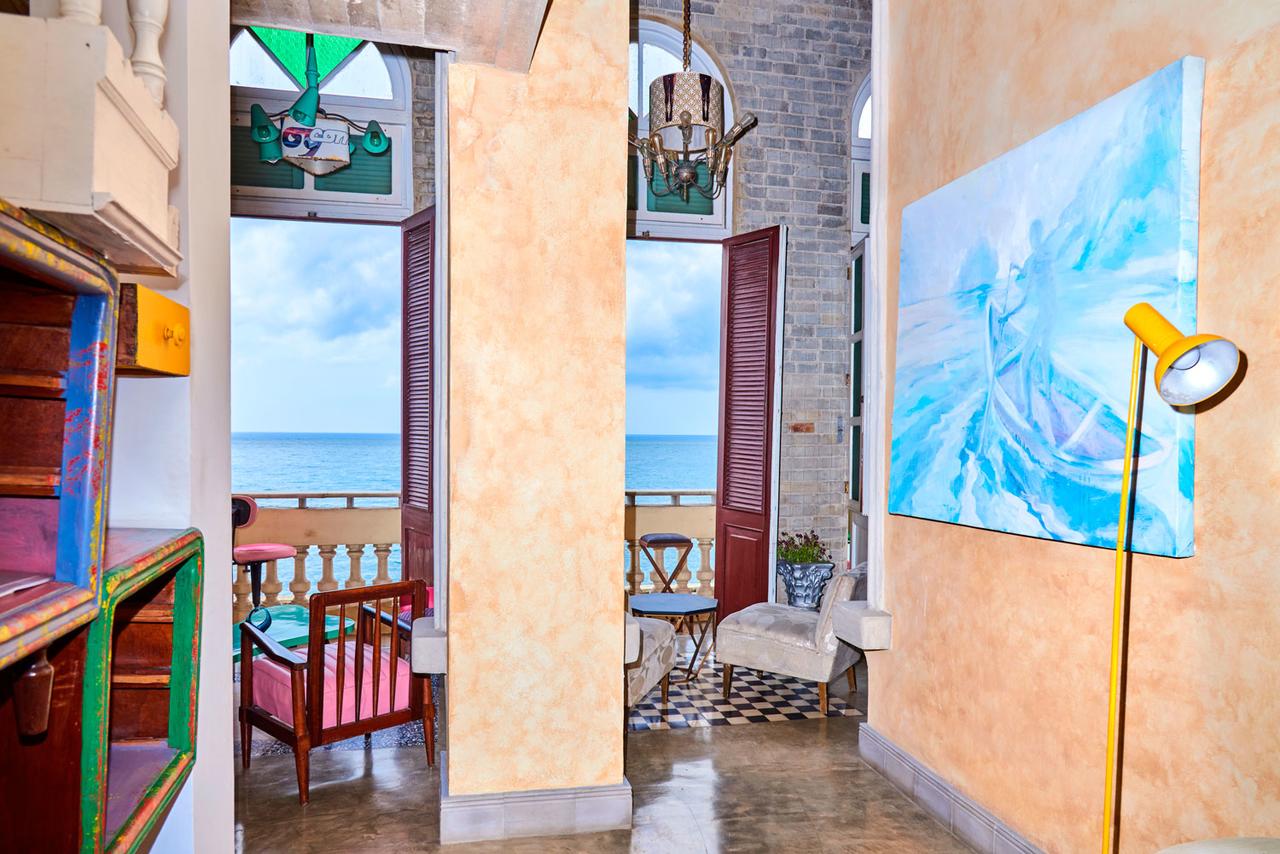 As travel returns to normal we want to ensure you we will do everything to ensure your trip goes ahead as planned.

If your trip is cancelled by us, you can rebook on another departure free of charge or receive a full refund with no questions asked.

If you can’t enter the departure country due to covid travel restrictions we will offer you a free rebooking on a future departure.

We offer payment via the following methods:

Please let us know at the time of booking your preferred method.

A EUR 1,500 deposit is required at the time of booking with the final amount payable upon departure.

Solo travellers are welcome on all our journeys. We often host solo travellers, so the chances are you won’t be the only one. We offer the following accommodation options:

Cuba is one of the safest countries in the world. Being part of a small group tour with a local guide reduces your chance of being subjected to even petty crime. We have prepared some information relating safety for you here.

If you have any questions about our