You know how much we love sharing the amazing birdlife of Cuba with you! Today we have a collection of five to share. It’s an interesting collection from the rarest woodpecker to a story with an injured honeycreeper, and we are glad to say that most pictures in today’s article have been captured by Yoanis’ lens as he was out and about on enjoying an afternoon or two of briding in Cuba.

The rarest woodpecker in Cuba, Fernandina’s Flicker, yet locally common in some patches. Apart from the Ivory-billed Woodpecker, this is also the largest Woodpecker in Cuba and the only one without any red coloring. Instead, it has a yellowish-brown, finely barred black with the cinnamon hue on the head and yellow underwing and tail. It tends to be solitary, except for in mating season when you’ll find it with its mate in a colony of up to 15 couples.

It tends to forage on the ground of marshy sites and open forests. It feeds on ants and insect larvae and maybe even some fruits and seeds. It likes to excavate its nest in palms or dead soft trees, creating a descending shallow hole where it places 4-5 white eggs. The Flicker will use this nest for several years. Its nesting period is between February and June.

You can observe this beauty at Soroa, at Bremejas on Zapata Peninsula, Trinidad, and Najasa in Camaguey.

Isn’t this a cute little guy? And he changes colors for breeding to make himself even prettier… His winter colors are brown and blue, whereas his breeding ‘gear’ is indigo blue. Have to say, his dating game is great! Throws on the fancy colors, whilst he leaves the hard yakka of nest building an incubation to the female alone, he does help to feed the new hatchlings whilst the female incubates the next lot of eggs. 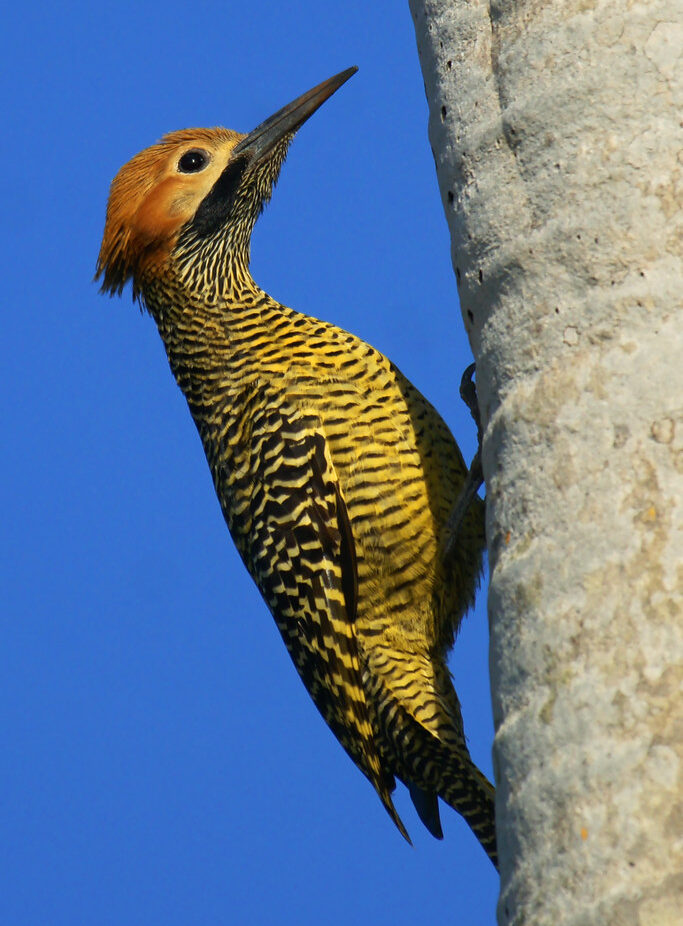 The girls, keep the colors simple… they use various shades of brown with streaked breasts and wing bars all year round.

This is the Indigo Bunting from the family of Carinaldae, and it is closely related to the lazuli bunting.

This bird is not endemic to Cuba, it’s a migratory bird from Southern Canada. They like to visit Isla de Pinos and some of the larger Cays for winter or as they are passing through. They can be found breeding in southwestern, central, and eastern North America.

It’s a small little guy at a mere 11.5 cm big, ranging up to 13cm in size. You will find them in open forests, prefer the teak treas. Also like the bushy areas, as they like to feed off the ground, chomping on seeds fruits, and insects.

Look at this sweet little bird with its big brown eyes! Isn’t it adorable?

It is the Cuban Pewee previously known as the Crescent-eyed Pewee, due to the whitish crescent behind the eye. Personally, I love its Cuban name, so adorable – Pitibobo or bonito chico.

Boasting a flat, board, bicolored set of bills with yellow lower mandible. At full size, it’s a whopping 16 cm long. It’s a common winter resident in Cuba and is also found in the northern Bahamas.

It is not as vibrant as many of the other birds found in Cuba, with its dark olivaceous gray above, dark greyish buff chest and belly, and whitish buff wing bars.

It likes the lowlands… doesn’t like elevations. You will find it in semideciduous woods, pine forests, swamps, and mangroves.

Its nesting season is between March and June. A bit like the Cuban Emerald, it also builds a cup-shaped nest, with fine rootlets and hairs, covered with lichen and moss. You’ll find its nest on a fork of a tree or bush. It lays 4 white eggs tho, that area heavily spotted with dark violet and is brown at the larger end.

It’s also referred to as a flycatcher as it masterfully catches flies on the wing.

Lucky for us, it also likes to be a model for pictures. 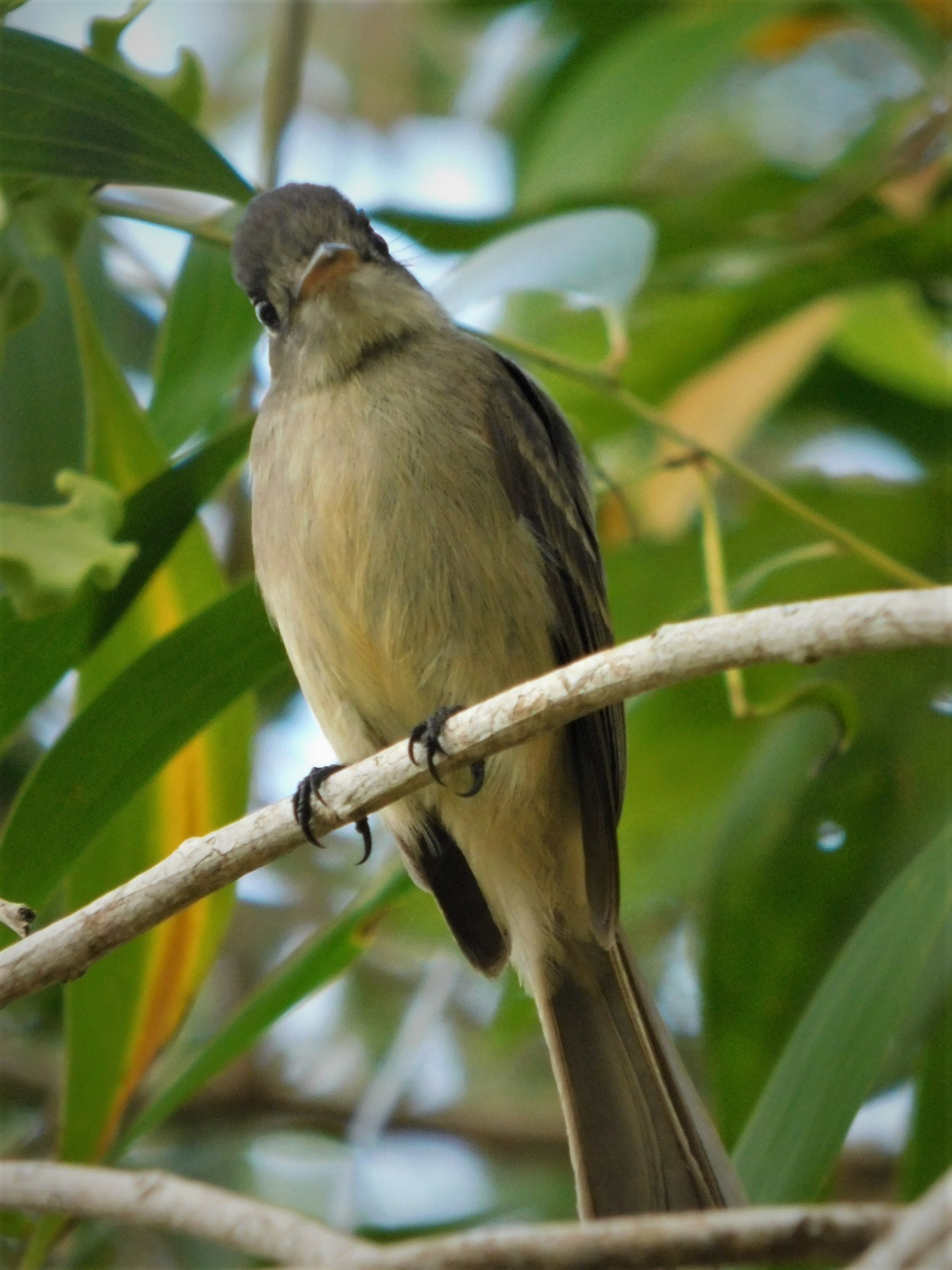 Compared to most birds we had recently this one is big with its 28 cms! Although the ones from around the Isla de Pinos and Cayo Largo are smaller.

I love the red head! That’s the male by the way. It also has a red nape. The Girls are differentiated by only having a red nape, not a redhead. The rest of the coloring is pale gray, with black and white barred back and tail.

These guys are common permanent residents in Cuba. You can also find them in the Bahamas and the Grand Cayman Islands. It likes open forests, palm groves, and mangroves. It usually builds its nest in dead palm trees, rather high up at times, to ensure a safe spot for the five/six eggs it lays.

This woodpecker has a rather varied diet with insects, larvae, small lizards, and frogs being on the menu with a side of some fruit.

WOW! Look at the amazing colors on this beautiful bird! And if the colors weren’t enough, this little one is also an amazing songbird.

The male Red-Legged Honeycreeper has stunning breeding plumage of purplish blue, adding some black wings and back as well as yellow wing linings and a metallic turquoise crown to look stylish and win the ladies over. The ladies are olive-green above with yellowish underparts. Both show off red legs.

This tiny little thing is only about 12.2cm on average, with a grand weight of 14g! They are not an endemic of Cuba but are a rare permanent resident. They also found in Mexico, Peru, Bolivia, and Central America.

You’ll find them alone, in pairs, or in small flocks along the Sierra del Rosario and Sierra de Los Organos, Pinar del Rio Province, and high in the Sierra Maestra is Granma Province. Recently they were also recorded in Cayo Coco.

They like the fresh air of the mountains especially the areas where bottlebrush trees are common. But won’t say no to lowland forests or scrubs either. They are the perfect area for the female to build a beautiful cup-shaped nest made of grasses, rootlets, and other plant fibers to house their two eggs when they are due.

They enjoy some bottlebrush nectar, fruits, insects, and maybe even throw in some cocoa. Its special talent is to be able to extract the pulp of orange through the holes made by woodpeckers.

This particular little one was brought to Yoanis for a check-up and mend, as he flew into a window. Lucky we have a bird whisperer on our hand! 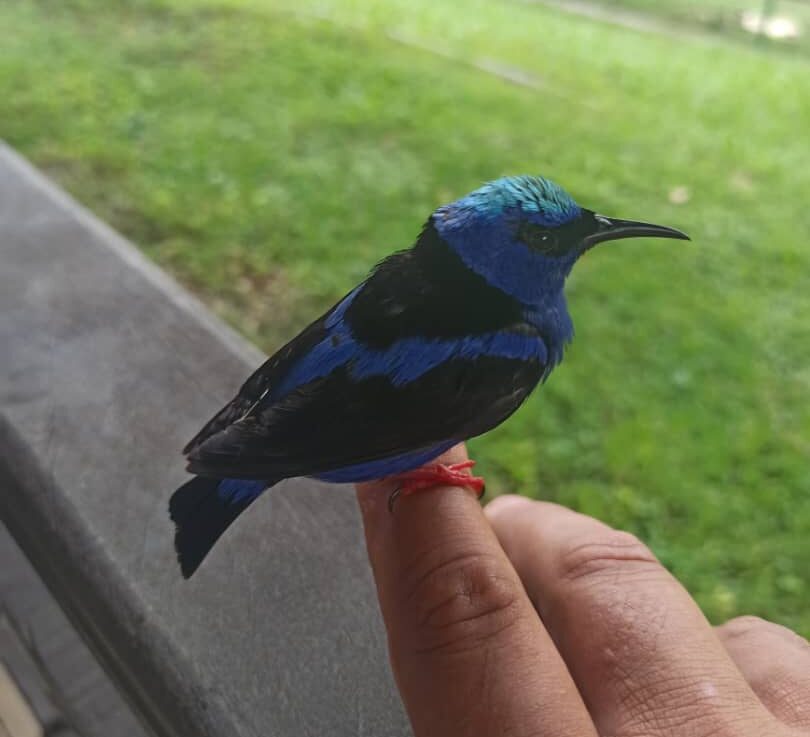 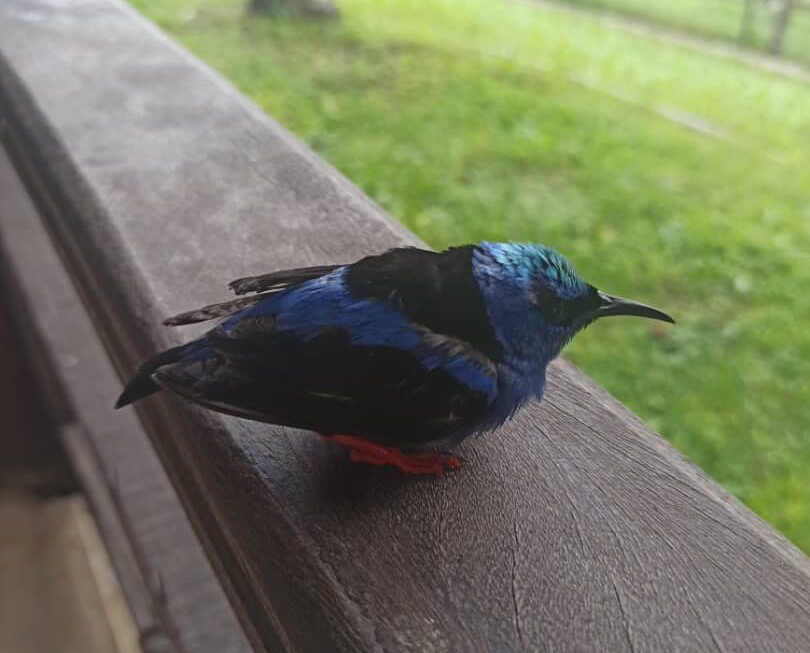 Do you love admiring these beauties in nature and want to capture amazing photos of them in the wild? Why not join our Birding Photography Tour – Simply Birds of Cuba to create an amazing Cuban Birds Photography Portfolio?