Old Havana is a UNESCO World Heritage Site, no wonder with its rich history, amazing buildings and narrow streets. It holds many a stories that shaped this amazing city. To fully soak in the atmosphere it is best discovered on foot.

There is plenty to see, from plazas, to fortresses, to museums and local artists at work, with a chance to chat to the locals or savour a coffee..

Best prepare with good walking shoes as the cobbled streets are often uneven and it will take a few hours to savour all the Old Havana has to offer. 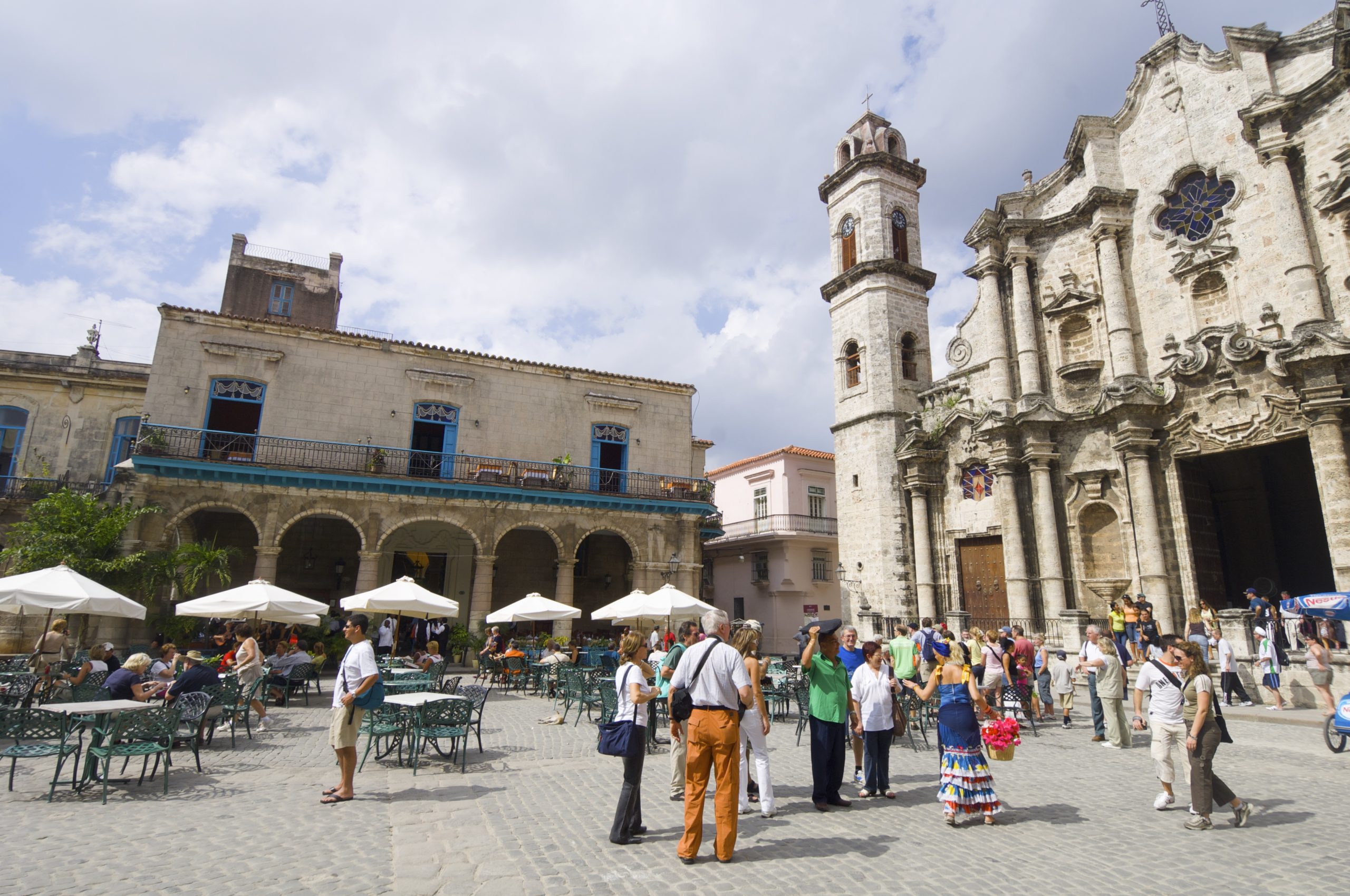 We start our tour here with cool sea breezes, facing the harbor at the entrance to Old Havana. The beautifully-restored buildings impart a well-loved feel to this cobbled square.

You’ll find the Lonja del Comercio, with its stunning central dome, and the Basilica Menor de San Francisco de Asis, featuring a tower that provides beautiful views over Havana and the sea here. Also in the square, is the Fuente de los Leones, a white marble fountain. Once a freshwater supply to passing ships, this “fountain of the lions,” was carved by Giuseppe Gaggini, who donated it to the country in 1836.

There’s also a bronze statue here of a man… ask us about the story behind him! 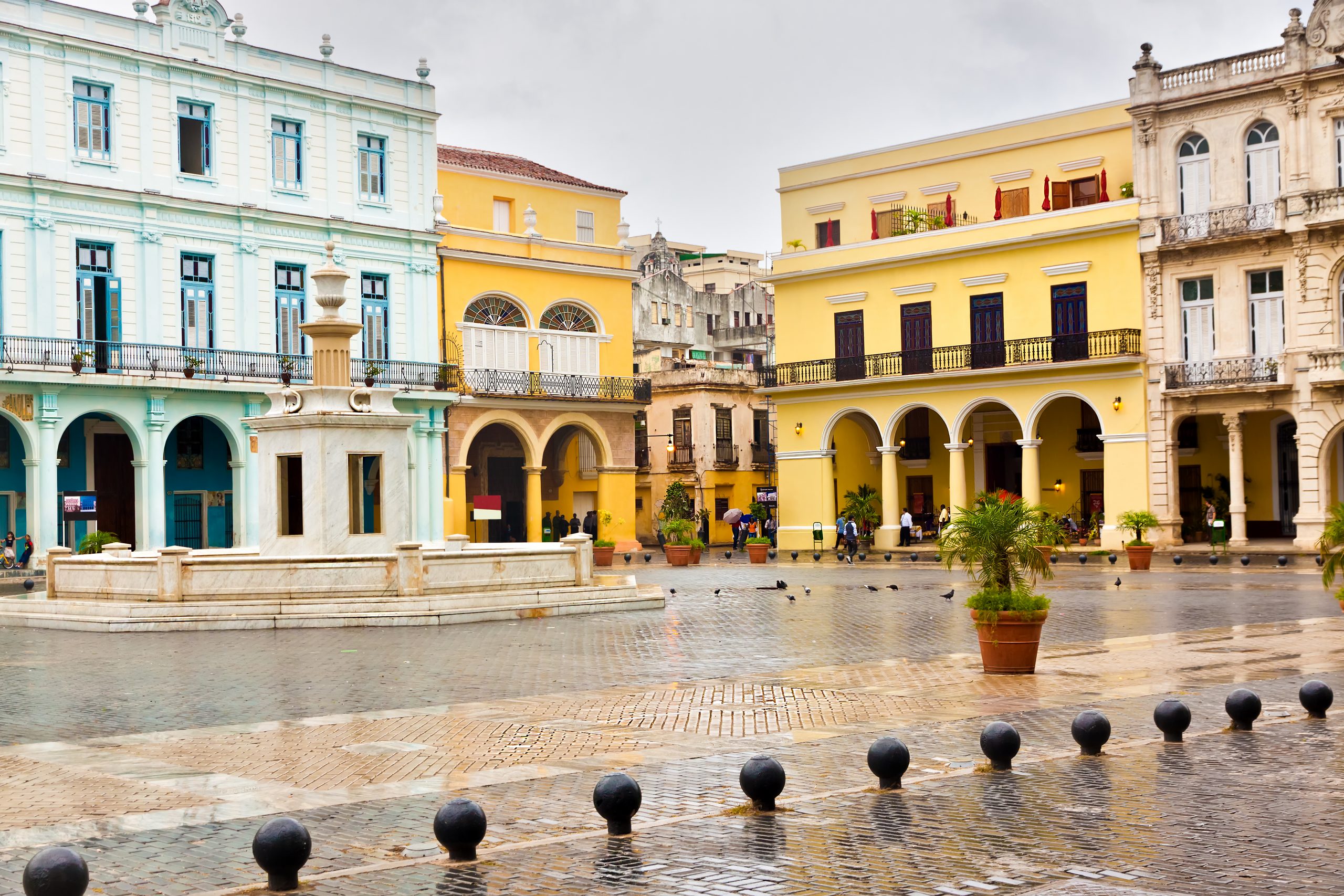 You see this on nearly every post card from Havana, Catedaral de San Cristobal in the Plaza de la Catedral. Also known as the Cathedral of The Virgin Mary of the Immaculate Conception, this amazing building in Cuban Baroque style was completed in 1777 by the Franciscans, after the Jesuits began building it 29 years earlier.

As if the outside wasn’t majestic enough! Take a peek inside to admire the vaulted ceilings and statue of St. Christopher.

It was claimed before that that the relics of Christopher Columbus were housed here from 1796 to 1898, however this has never been proven. 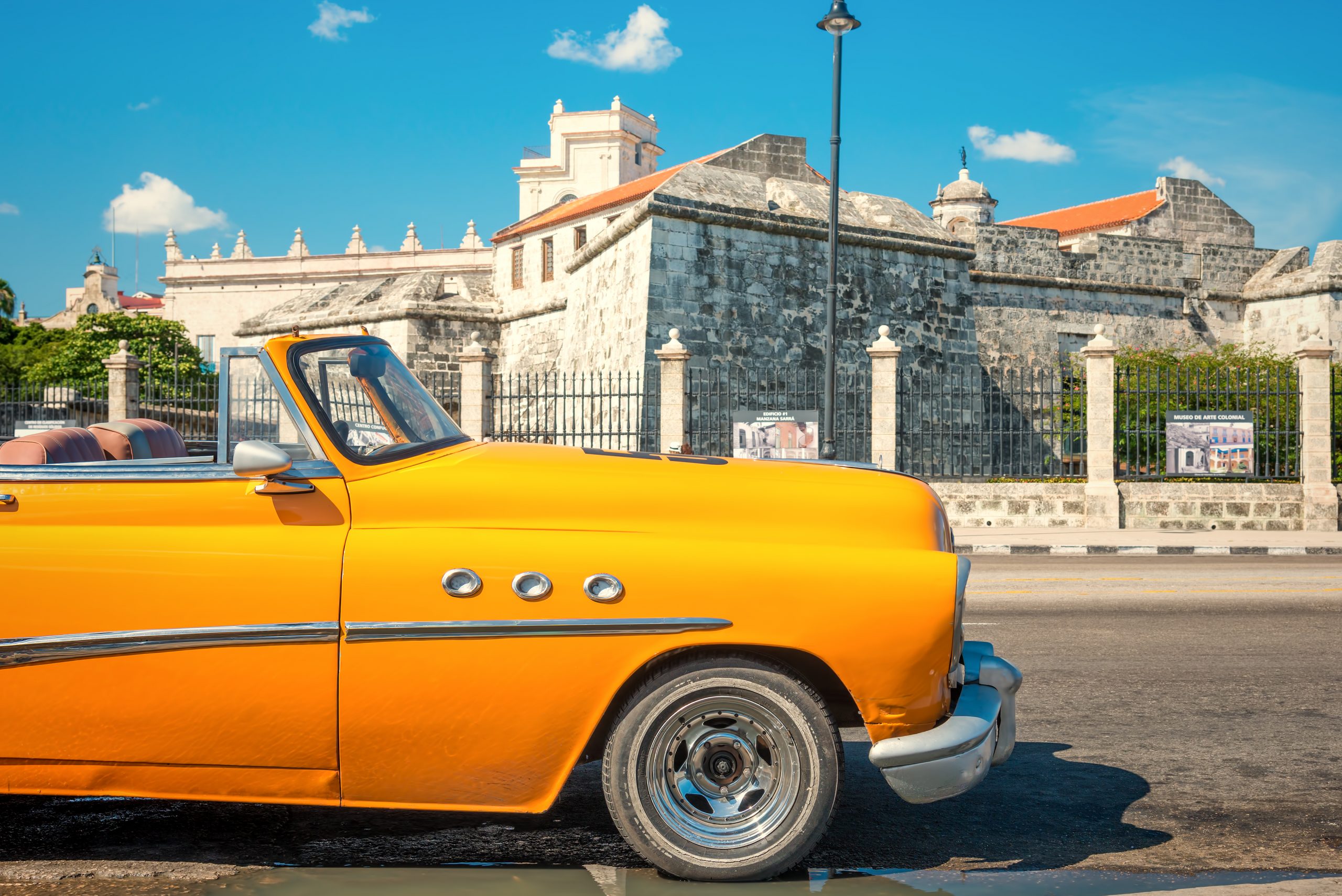 Plaza de Armas is a great social hub, and has been through the centuries. Cafes and restaurants line its perimeter and the shady gardens help to keep out of the tropical heat.

Here you’ll find the magnificent Palacio de los Capitanes, which has hosted more than 60 Spanish generals over the years, whilst today it is the home to the Museo de la Ciudad (City Museum), one for the history buffs.

It’s also the home of the mid-16th-century colonial fort, Castillo de la Real Fuerza that was built to fend off pirate attacks – Yes, pirates are real! – although was never used for that purpose as it is too far inside the bay.

Plaza de Armas is also the hiding spot for the statue of the Cuban patriot, Cespedes, that you find near near the fountain.

Has been known as the new square, and the old square… no matter how you refer to it, Plaza Vieja is one of Havana’s most vibrant gathering spots. It was created in the mid 16th century for military exercises before it became a popular marketplace.

There are a great mix of restored buildings here in varying styles – from Art Nouveau to Cuban Baroque with a small 18th-century fountain bubbles at its center and is also the home of DaVinci’s 35-meter tower, housing the camera obscura. It’s worth the climb for fantastic city views. 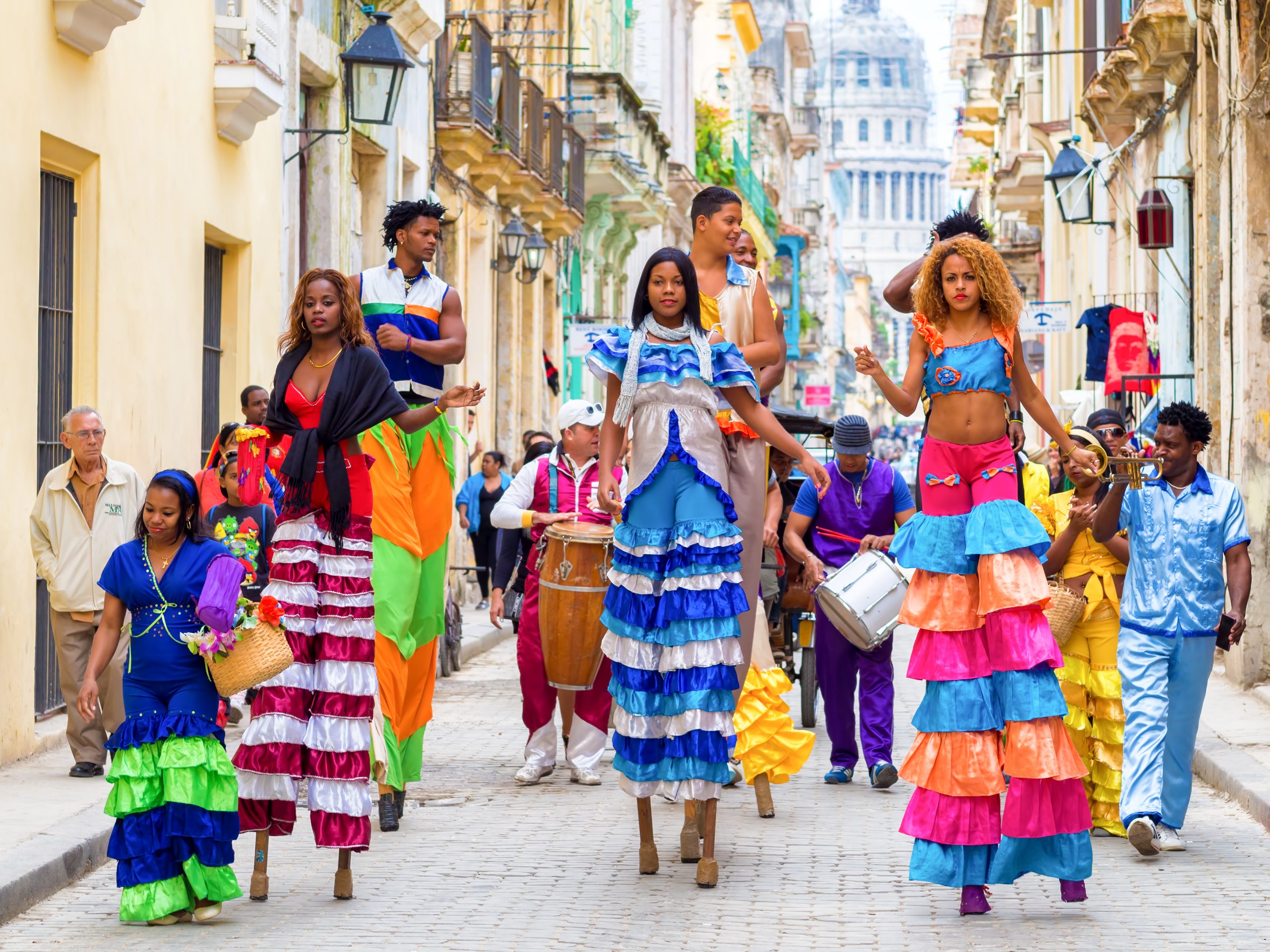 During the day, you will find street performers of various sort here. It is also the perfect spot to enjoy some restaurants. May be even drop into the famous El Floridita, but more about this one later.

And there is just so much more!

The Old Havana Walking Tour is a perfect way to soak up the history and vibe of this place especially with our local guides who may even have some background stories behind statues, buildings and events that occurred around here….

Want to capture the beauty of this place through your lens?